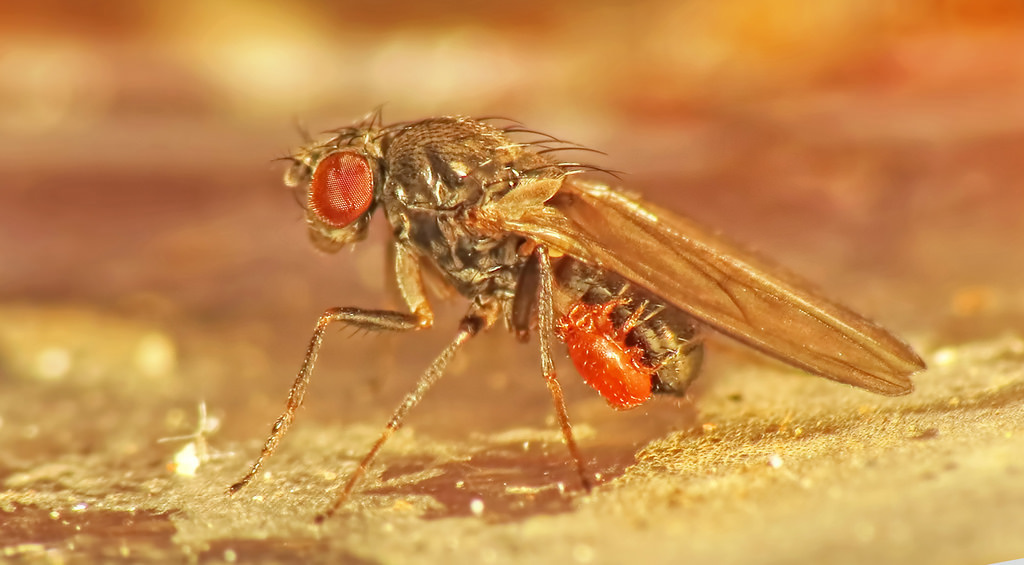 ​Dear President Boren,
I know you are an extremely busy man with many obligations and responsibilities, but I am sending this letter to promote an idea I have for a new series of pieces of art for the University of Oklahoma.  Although this may sound strange at first, I think that it would be a tremendous idea to create a series of statues of biological organisms to be displayed on the grounds at the University of Oklahoma.  There would be multiple species that would be displayed as beautiful works of art, but I believe that the first animal that should be created in a statue portrayed at human size is the fruit fly, formally known as drosophilia melanogaster.  It may seem very odd to begin with a human sized statue of a fly, but there are many major reasons that the fruit fly has earned this honor.
The fruit fly should be unveiled as the first organism in this series of sculptures because it has been undeniably significant to biology and the understanding of principle biological concepts.  The importance of the fruit fly began in the early twentieth century when fruit flies proved to be not only useful to biological studies, but also extremely cheap to maintain in comparison to other animals used for experiments.  The flies also have very short lifespans of only a few weeks, and during this short time they can be studied at many different stages of life.  In other words, the fruit fly has the same fundamental biological components as other animals and could be studied much cheaper and faster.  The fruit fly made its major impact when the zoology professor Thomas Hunt Morgan used them to discover the foundations of modern genetics by revealing the existence of chromosomes and genes.  This led to fruit flies being the main choice for any premier geneticist.  Throughout the years, fruit fly studies were used to be able to create techniques for pinpointing genes for human disease, expose the dangers of radiation to human health, understand gene therapy, create cloning methods, and lay the groundwork for the Human Genome Project.  The combination of the discoveries in the field of genetics from fruit fly studies with the principles of evolutionary biology even led to a new field of science, which is called evolutionary genetics.  Later studies in the twentieth century were done on flies to gain a better understanding on how a single fertilized egg can develop into a fully functioning organism.  Fruit fly studies have been recorded in about a hundred thousand different published papers, and these studies are what led to our understanding of modern biology.  The importance of the fruit fly to science cannot be overstated, and I believe it has earned the right to be displayed on this beautiful university campus.  Thank you for your time, and I appreciate your consideration.
Sincerely,
Ryan Lehr