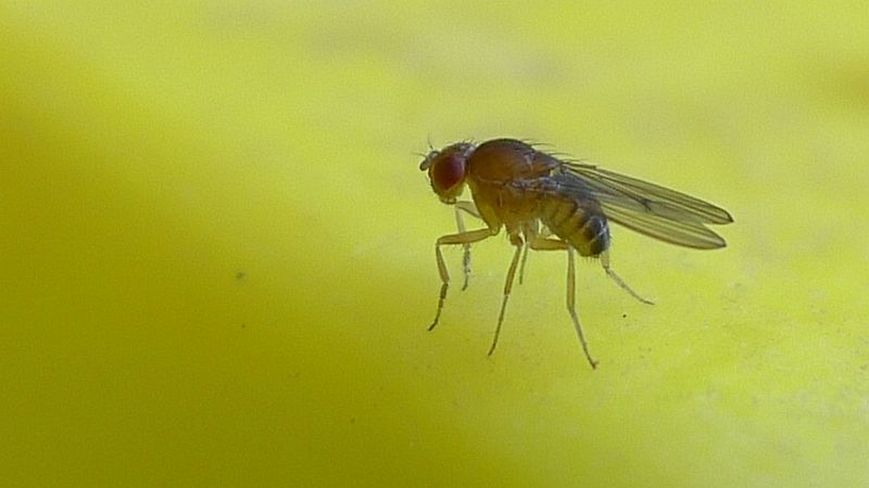 Drosophila melanogaster has served an important role in biology, and deserves recognition for its contributions to our knowledge of modern genetics. The fly has served as an ever important part of the laboratory, having numerous experiments performed upon it in order for biologists to test their hypotheses in the pursuit of further understanding nature.

For example, it was flies that helped Thomas Hunt Morgan discover DNA and establish the link between Charles Darwin’s theory of evolution and Gregor Mendel’s theory of inheritance. Darwin’s theory explained how over generations, populations developed adaptation based on pressures from their environment, called natural selection. However, Darwin lacked a mechanism that explained how these traits were transferred from generation to generation, and what pattern those traits followed. Mendel’s observations on pea plants established the mathematics behind inheritance, showing how traits paired together and their frequency of inheritance based on the pairing of “dominant” and “recessive” alleles. Much like Darwin, Mendel did not have an exact mechanism that showed how these traits were stored and transferred from parents to offspring, only that both parents contributed one-half of a pair of alleles for a trait. Morgan’s experiments on flies, crossbreeding flies with unique traits, allowed him to determine that traits were linked to the chromosomes, thus providing a mechanism for Darwin’s and Mendel’s theories to operate on.  From that revelation, numerous other scientists have performed experiments on drosophila melanogaster. The flies were easy to breed and care for, and reproduced quickly, allowing for scientists to observe generations worth of genetic changes in a short time period. This allowed scientists to rapidly discover more and more about the genetic code that makes up both the flies’ and our bodies.
​
Many may see the human sized statue as frightening or an eye-sore, but as many say, beauty is in the eye of the beholder.  If the idea of having a human-sized statue of an insect is so detestable that no one could bear it, then I might suggest another nominee: the lab mouse. The lab mouse is a mammal, a much closer relation to us than the fruit fly. While the mice may not have played as important a role in pioneering the field of genetics, it is arguable the more recognizable organism used in modern science. In addition, I believe that many people would consider a mouse to be much more appealing to look at than a bug-eyed fly. In the end, as an academic institution, I believe it would not only show our appreciation to the numerous animals which were experimented on to further our knowledge of the natural world, but it would also recognize the scientists who studied those animals.