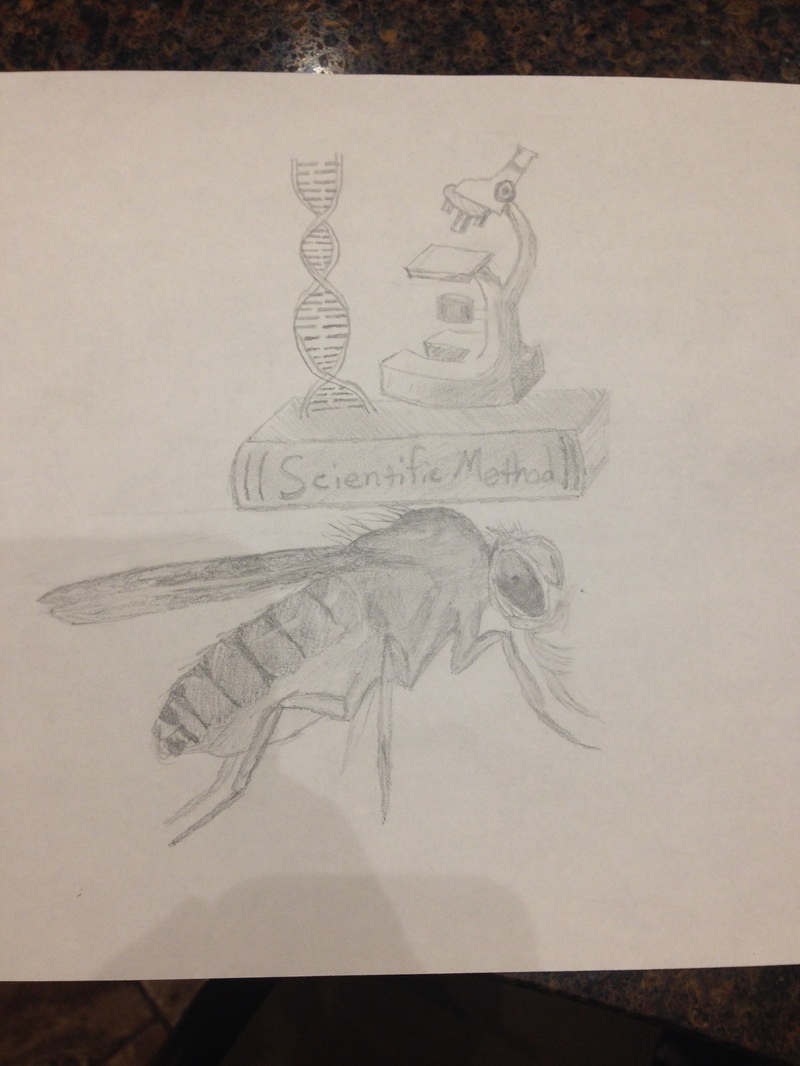 The impact of the Drosophila Melanogaster (fruit fly) can not be underestimated in the history of science. Many, many studies have been performed on this fly to determine much about genetics, heritability, and reproduction. The reason I added the scientific method above the fly is because the fruit fly supports the efforts of those who use it in studying science. This fly is a standard in the scientific community for all kinds of experiments. It almost became a requirement in the scientific community for making progress that could be replicated by others. One of the draw backs of this particular organism is its size, but with the help of telescopes, size becomes less of a problem. The use of other organisms is often more costly and harder to contain. The characteristics of the fly make it ideal for science. It reproduces quickly, it goes through its entire life cycle within a month, and it only requires food to continue living. It is because of these characteristics that the fruit fly played an integral role in the development about the ideas of inheritance and chromosomes. The ideas about what caused inheritance were already presented, but it was not until the ideas were experimentally tested using the fruit fly, that they gained significant momentum in the scientific community. Although there is more that could be added to this picture, it provides a small representation of the of the tremendous effect and support that this small fly has contributed to science.