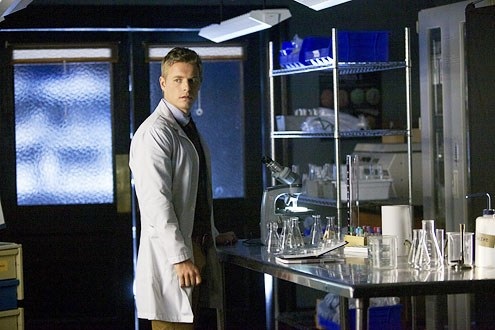 Our perceptions of science are shaped heavily by cultural influences, including the media. However, the manner in which the media portrays the “doing” of science often misconstrues what science is actually like. The PhD comic, “If TV Science Was More like Real Science,” hilariously pokes fun at this phenomenon by pointing out specific flaws in some recognizable pop culture references, in order to demonstrate the extent to which these fictional images of science deviate from the reality.

In TV shows and movies, science is often used as a convenient plot device to resolve a particular challenge that characters are faced with. Through the seemingly magical power of science, a solution is developed relatively quickly. The upper left panel of the comic brings up the example of CSI officers asking for quick analyses of DNA samples to identify criminals. Having myself done a PCR analysis in the lab, I can tell you most assuredly that conducting one takes countless hours. Actual science is not a quick fix. While science can certainly accomplish great feats that defy our imagination at times, it is still limited by constraints, such as time or the laws of nature. One can’t simply magnify a 4-pixel photo and hope to identify a villain with greater clarity. It just can’t be physically done.

Science is a long process, and it is definitely anything but convenient. Hypotheses are proven wrong all the time. Mistakes are easily made. Gathering and analyzing data takes a significant amount of time, energy, and manpower. Obtaining verifiable results requires rigorous testing— collecting multiple data points and using a control to act as a null hypothesis. (So MythBusters? That won’t fly in real science, especially if you’re hoping to get published.) After all that effort, scientific work then needs to undergo the process of peer review. In the process of conducting science, the honest reality is that one frequently encounters failure more often than success. Researchers and scientists often go months, even years, before they find what they are searching for or stumble upon something significant. Even if not explicitly stated, time, patience, and perseverance are inevitable requirements of science.

There is nothing wrong or immoral about how science is depicted in entertainment. After all, it is a fictional story meant to be enjoyed by its audience. Nevertheless, it is important to recognize that this pseudoscience on display cannot be equated to actual science. We must be aware of this, or we risk falling into the trap of thinking that science can accomplish anything. Our expectations must be tempered.