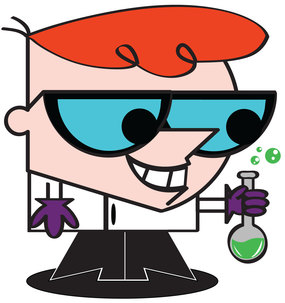 As a child, I always seemed to enjoy watching Dexter’s Laboratory episodes. The main character, Dexter, played  an unsocial boy who was a genius at birth. Every week/episode he would have a new creation or experiment in his secret laboratory. I enjoyed the show because I was fascinated by his ingenuity to always invent something. Dexter just enjoyed creating things for fun, and not for any recognition or glory. I loved that sense of passion to create and discover just for fun. I also sympathize alittle with the character because as a child, I was not as social. I would often times be at home, playing with my lego sets or marveling at my Yu-Gi-Oh and Pokemon cards. The only times I socialized was during Karate lessons at my martial arts studio and my piano school.

In society today, we see that the appreciation of scientist and engineers today are still undervalued and unappreciated today. We can see this true with scientist and engineer salaries and public media. Even some of the top scientist and engineer teams working in corporate companies are making less than some of today’s popular actors, actresses, and music artists. Scientists and engineers are making a greater contribution to the development of human intelligence than actors/actresses/artists, yet they get paid less and receives less attention. Although we have gotten better in recognizing intelligent icons such as Elon Musk and Billy Gates, there are still a significant amount of intelligent people who also deserves a spotlight.