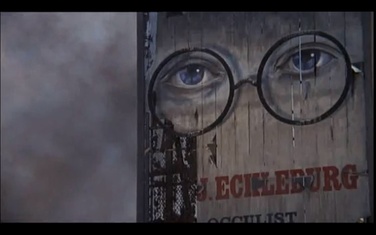 ​Nowadays scientific inquiry is under more peering eyes and regulations than ever before. In the early days of experimentation, ethics boards were never considered necessary. If someone wanted to perform an experiment, they could do so at their heart’s content. Robert Boyle placed anything and everything in his vacuum pump to see the effects of airlessness on various species. Sure he killed a great many birds and other small creatures, but he did it in the name of science. Today, such experiments would go over like saying bomb in an airport to any ethics panel.

With the advances in science and technology rapidly increasing, scientists are able to manipulate many more things than we ever thought feasible. It is now possible to isolate specific gene sequences and interpolate another organism’s genome to hybridize offspring cells that have traits in specific desired combinations, a result that could only have been dreamed of before. This often leads to debates about whether GMOs are really safe for the environment and consumption, thus requiring review panels to examine proposed work to see if the benefits of a study outweigh any potential costs.  And with any debate about modified cells comes the argument about genetically identifying human embryos for desired characteristics, the so-called “designer babies.” These debates, and other mainstream scientific ethics arguments, are still not settled today.

Ethics boards are quite important, though. In the wake of psychological experiments in the late twentieth century, it became blaringly obvious that such regulations were necessary. Stanley Milgram’s experimentation about obedience did provide fascinating results, but at a great personal cost to those participating in the experiment. The participants were not physically shocked, but the distress the incurred was at such a high level that one research participant even had a seizure due to his high levels of duress. Similarly, the Stanford Prison experiment illustrates the necessity of review boards and research approval. Students partaking in the study fully accepted their roles as either a prison guard or prisoner and acted in brutal ways toward others when behind closed doors. Especially in psychological or sociological research, ethicists are necessary to ensure the safety of participants.

On the other hand, the studies performed in questionable manners such as Milgram’s obedience study and the Stanford prison experiment often produce the best results. In these studies, researchers do not have to worry about obtaining different results than what would be observed in everyday lab because they do not have the artificial laboratory setting. In current experiments, some topics cannot be fully examined because simply being in a laboratory under false conditions changes the results.  In this way, ethicists often limit what can actually be experimented. A particular study design might have a beautiful construction that is likely to produce profound results, but the illustrious ethics committee shoots it down. Yes, it is important for humans and animals to be treated morally when partaking in an experiment, but what knowledge have we already missed out on due to the institutionalization of the famed ethics boards?