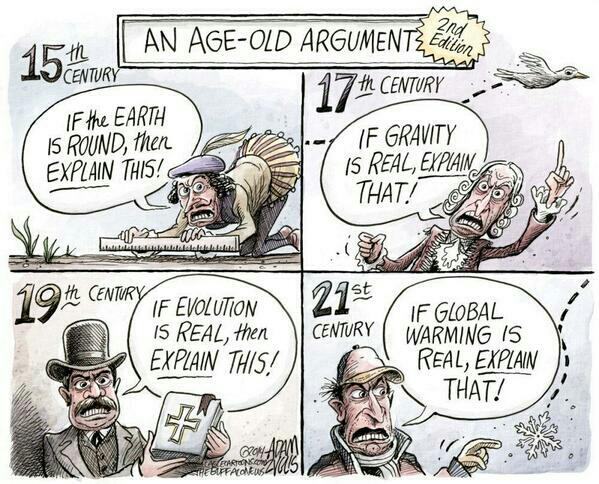 ​People are interesting; it is difficult to change their mind no matter how hard you try. It does not matter how much information you present to them, they are locked in and never letting go. That is why I found my cartoon to be funny. Science is not exact, scientists will never discover all the answers; however, when they speak or when they publish something of importance we should listen. The denialists, pop stars, and politicians should listen it to the scientist not argue because of a gut feeling or misinformation. What they believe to be a strong cause is nothing more than a ploy for attention that hurts many people.

So many things in the world do not make sense. Why have we stopped vaccinating our children? Because a report claimed vaccines cause autism, even though the report was redacted and a plethora of information has been published since, dispelling the claim. I used to work in an immunization clinic and the fear the parents carried around was tangible. It did not matter how much information I had presented to them; their mind was set. They were right and all the scientists were wrong, especially since their friends said vaccines hurt children. They do not understand that children who cannot be vaccinated, such as immunocompromised children, depend on them for protection.

Global warming is another topic that should not warrant debate. The facts are set, global warming is real and it coming with or without our intervention. Why have not we made a stronger push towards green energy? Because we do not want to listen, or is it because we have not really felt the effects yet of coral reef bleaching, the droughts, or the natural disasters? I do not know, nor do I understand.

​      I feel like that is what my cartoon represents, the ignorance of the people. They would rather believe something they read on Facebook or Twitter than believe the scientists who publish papers and go to school for multiple years. The scientists are not out here to trick us, they do not wish to harm us, and they are here to help. For so long we have not listened, we would rather listen to unscientific garbage. If scientists did not exist we would still be getting killed by common bacteria, the population would be ravaged by virus that today have vaccines and we would not be living the lush life we have today. As a society, we have to listen to them before it is too late.