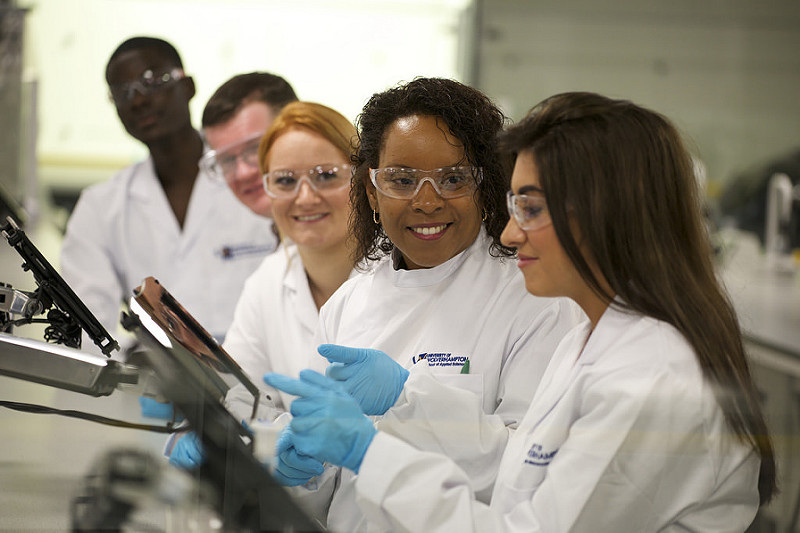 ​The article “Subtle Ways Gender Gaps Persist in Science” gives a very informative account of the gender gap problems that continue to exist in science today.  It is an article written on March 9, 2016 by Ahna Skop and is based on research done by Cassidy R. Sugimoto of Indiana University.  Although the article mainly focuses on the problems that persist in the gender gap in the sciences, there are a few areas that show progress for women in the different fields.  Studies are revealing that women have been progressing with early career hiring and measures of productivity.  One area that women are doing especially well in is the life sciences.  Studies show that women receive around 70 percent of the bachelor’s degrees in the field.  Other studies have revealed that women who make it into the postdoc process have success in the academic sciences.  The results of these studies show that women that apply for these positions are more likely to get an interview and a job offer per individual compared to male counterparts.  Although some of this may be a result of the smaller pool of female applicants, it is a sign of progress.  After accepting jobs, the studies have shown that women have similarities in regard to promotion opportunities, the length of careers, job satisfaction, and in most cases salary.  Although these signs of progress exist, there are also many problematic signs that show lack of progress.
This article points out many of the problems in science related to the gender gap, and these issues show that there is still much progress to be made.  One issue is that when it comes to scientific studies, the women seem to be the labor force of the experiments.  The women seem to be completing the tasks that are necessary to complete the methods of the experiments, and their male counterparts are analyzing the results and giving the conclusions.  There seems to be a tendency to have the female scientists to the thoughtless work while the males do more of the problem solving, and this is a sign that progress in the way teams of scientists operate needs to be made.  Many of the sources of these gender gap problems can have a root in bias.  Although the bias is not blatant or intentional, studies show that both men and women often have some forms of bias against females regarding the capabilities that men and women have in the various fields of science.  These results have shown that women seem to face the most bias and lack of representation in fields that are math-intensive, and this can be a rooted from many things.  The work that women complete also have been shown to receive less citations compared to the work done by males, but the tendency for males to cite their own work more frequently than females could be an explanation for this issue.  The article makes the great point that there should be no debating that there is obviously a presence of gender bias in some situations regarding science, and that in order to continue to make progress we need to focus on finding when this gender gap occurs instead of if this gender gap occurs in science.