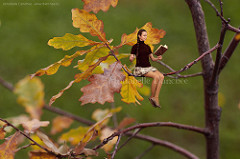 ​If you go back in time to the seventeenth century, and ask could a woman be smarter then a man, every man would answer, even if you ask the women the same question they would probably say no too. Well both man and woman would be wrong of course I woman can be smarter then a man at time any time of our history. One of the most famous woman we never hear about, because she a woman scientists is Emilie du Chatelet’s, Emilie help discovery the mystery on to calculate motion. Some people say her only fault was being born a woman, which during that time was a compliment. Emilie grows up wealthy and she was taught the proper etiquette as a lady, but she love doing math too. Even when she was young, Emilie would show off her intelligence to her father friends when they came and visit, by dividing big numbers in her head. As she grows up she was more fascinated with Newton and his achievements in math. She had some of the most brilliant tutors to help her, being a woman she not permitted into the French math and science academy. She builds her own academy, where multiple highly intelligent came and visit her academy. Emilie was not the most faithful woman, she had multiple affairs with multiple partners, and so people frown about that. Where men come have multiple partners and not be that big of a problem, but that was also part of the double standards during that time. Emilie did not let any of this double standards crap stand in her way and allow her to make some of most legendary discovery of that time.
Even during this time period woman are still treat sometimes as second class citizens, their are still a bias to woman. When girls are in middle school, there is a time when girls stop being interested in math and science, or making its our society. Whatever it is, it is causing women to be discouraged from learning math and science. As a society we need to figure out ways to stop this and improve the number of woman in math and sciences.