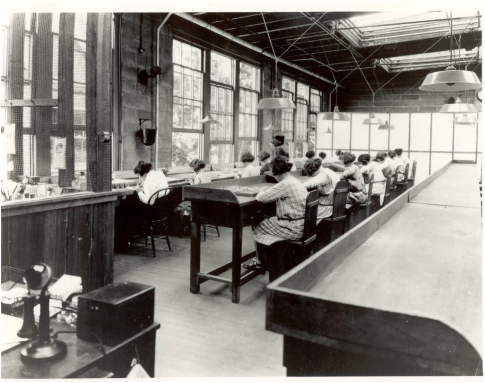 ​The discovery of radium in 1898 was by all means a momentous discovery. It is very uncommon in our world to discover a new element, especially one that does not have to be created through just shoving subatomic particles at each other at an immensely high velocity. This discovery helped gain a greater understanding of how radioactive decay works by providing an element that was easier to study because it had more energy than uranium, and it was a safer (though obviously still dangerous) form to work with than the exorbitantly high-energy polonium.

The real consequence of the discovery is once it has left the lab. Science for the sake of science is great, but scientific discoveries often do not leave the community they are applicable to unless they are shown to be useful to a larger audience. For example, the Grinard reaction is hugely important to organic chemists because it allows for the formation of new carbon-carbon bonds. While this was a very important discovery in the name of chemistry, I can safely say that somebody who has not had to take an organic chemistry class or does not work in an organic laboratory will have no idea what this discovery is. Radium was able to leave the obscurity of most scientific discoveries because it was marketed as a health additive, showing up in facial creams, spa waters, and even medical treatments.

The case of the radium girls shows the importance of truly understanding the scientific basis of an element, object, etc. before it is mass-produced. Had scientists worked more on their discovery before it was marketed to the public, people would not have been slathering radioactive elements onto their face or intentionally ingesting them. Though I would like to think that this sort of thing has been banished from modern times with the extensive testing of new products that must occur before they enter the market, the case of the radium girls has me wondering if any of the so-called health supplements and treatments people use will end up killing them.  A mild form of this can be found in the way people use Botox. Though work has been done to make the substance safer and controlled, these people are intentionally injecting a neurotoxic protein into themselves that has been found to kill many people.  Also, even if something is not directly harming our bodies, some discoveries that have been used in health products have been shown to damage the environment. For example, the cleansing beads found in face washes are nearly impossible to filter out of drinking water. It turns out that even urine is easier to remove than these pesky little micro-beads. It took cosmetics companies several years to realize and fix this problem, so it is very possible that many people were unintentionally ingesting these beads that were definitely not made for human consumption.

The case of the radium girls reminds us that something may seem like a great scientific discovery, even worthy of a Nobel Prize, it is possible that these may actually not be so great. Therefore, it is important to think critically about what has been discovered, and not just assume that everything learned is a great thing. It is certainly easy to argue this point on behalf of all of the lives obliterated by taking fission of molecules and putting it into a great big bomb.