​The story of the Radium Girls aptly shows that anything, even so called great discoveries, does not end once they have been brought to life. The detection of radioactive elements such as radium and polonium is a marvelous discovery that gives the world great insight, but like many other things people only focus on the positive aspects that the discovery brought. People typically cite the importance of radium for its impact on the war effort and because it gave humans a better understanding of the world around them, but the consequences are often overlooked because they are ugly to face.

Before radium was not fully understood, it became wildly popular in mass culture, garnering attraction with products such as radium creams, watches, and paint because of its effervescent glowing. People put any thoughts about the possible dangers of the product in the backs of their minds because they were confronted with a shiny object that the medical community had deemed safe and even beneficial. While radium, and radiation therapy, has proved valuable in certain circumstances, its widespread immediate use shows why safety regulations are now so diffuse in our current society. Nowadays, especially in clinical trials for new medication, any new product has to undergo numerous levels of testing before it can even be deemed safe enough to expose the public to – and even then it permeates the general community only after extensive experimental trials have been performed. People today are much more conscious about possible consequences of any new discovery or idea, and I greatly appreciate it. I don’t want to die at an early age with brittle bones because radium has literally eroded through my bones.

The case of radium illustrates that almost anything can have dire consequences that people need to look for and thus try to eliminate. Sunlight is one of the key components that makes life possible on earth, but too much of it can cause serious damage. Photons emitted from sunlight have the capacity to break the backbone of our DNA, which if not repaired can lead to cell mutations and cause cancer. Now I’m not saying that people should stay indoors and completely avoid sunlight, but knowing the molecular consequences of interactions between species is a crucial. If radium had been more extensively studied before it was released to the public, it could have possibly been known that the body would treat radium in the same way that it treats calcium. If this had occurred, scientists could have realized that the breakdown of radium deposited in bones would lead to their decay and have other toxic consequences. The lesson with radium is that even a great discovery can have serious side effects that need to be addressed and properly resolved. Winning a Nobel Prize for your work is a huge personal feat, but the real value in a discovery is its wider implications for the world, even the negative aspects of it. 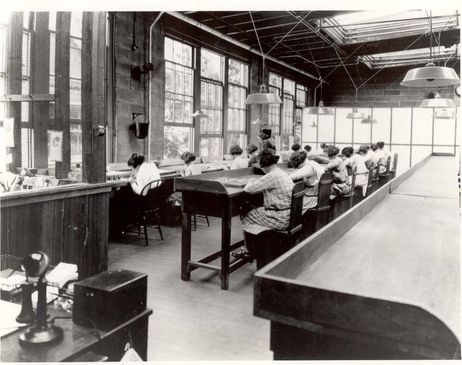