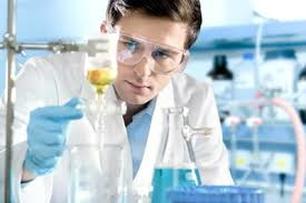 The question is is there still a gender bias in science. A topic that has been discussed about many times in depth and still never came to an agreement. I personally see two sides to this question and it depends on which side you come from. In science today I think women have more of the teaching job and men spend their time in the lab doing research, while that is not always true when I think back to the professors Ive had being a science major I realize most of them were women. But depending on what profession you are wanting to go into it could actually be a benefit, say you were a woman trying to be a professor with this bias it might actually be easier for you to land the job over the male candidate applying for the same job. Yet though if the roles were switched and a women were applying for a research position they might lose out to the male candidate. Flip that around though and if a male were applying to be a professor they might be beat out by the female candidate for the same position. I see how it could go either way and I would say yes there still is gender bias in science, but sometimes the bias worked out in a positive way. It depends on what specific field you are talking about to determine if there is gender bias or not. I definitely agree though that there is not as much gender bias in science as there way at the beginning of the 19th century, and as time passes I see the gender bias decreasing and eventually there being no bias for certain positions.