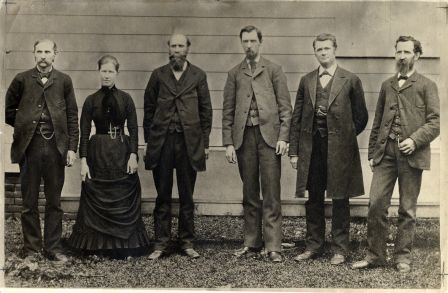 It has long been an assumption that men are better than women at grasping mathematical concepts, therefore men make better scientists. This has been found to be false, so why are there so many more men in science than women? Why do men have better test grades in STEM subjects than women? It is apparent that male and female children perform around the same level until they get older, which is where the disparity begins. Genders in different countries have different expectations put upon them and this is what some people seem to think happens to girls as they grow. Girls are expected to be worse at math than boys, so typically that is what will happen.

Various studies have been done that suggest that women are actually more adept at mathematics than men, but not in the United States. In many countries, particularly some middle eastern countries, one of the only ways for a woman to be held in higher regard is by excelling in academia and becoming proficient in SEM fields. Is this the case in America? Americans seem to think that equality is more realized here than it is in other countries, but this is hardly true. Women are paid less than men on a regular basis for work that is the same or more. Girls see this growing up and think, “why even try, I am just a female”, which is tragic. If children see a certain gender bias growing up, that is what will become normal to them as adults. We have Bill Nye the Science Guy, but what if there were a similar female figure that children grew up knowing? The representation and bias in our everyday lives has effected the way we think.

Many orchestras are doing auditions blindly, having the musician play their instrument behind a curtain to eliminate judgement based on appearance. It is sad that this is even necessary, as we should be selecting people for positions based on their talent in the first place, but personal bias based on appearance is a strong thing. This is often what happens in many jobs today, because women are seen as “weaker” or “less qualified” than a man who may have the same or less experience. Science, engineering, teaching, art, sports, etc.; how many talented people are being turned away from jobs just because of their gender? The human race would be far more advanced than it is now if everyone learned to work together and give credit where it is due.