If there is one lesson to learn from the tragic deaths of the Radium Girls, it is that new scientific breakthroughs and enlightening discoveries are not invariably going to benefit humanity.
Marie Curie ushered in the monumental discovery of the new element and the scientific community, and the public, welcomed the mysterious new discovery into their lives. Curie uncovered the fact that unlike Uranium and Polonium, Radium’s intensity measured at some “3,000 times that of Uranium”. The new element was known to be of great power, but the negative effects of this power were seemingly never taken into regard. Perhaps the mystique surrounding the new discovery blinded the scientific community’s skeptical nature. Radium was lie a “tiny star buried in the dirt” and given the “allure of something truly rare”. Marie Curie’s fame and “superhuman” aura gave her a certain infallibility in the scientific community and the excitement over her new and enigmatic discovery made Radium seem like a gem for the world: one that would benefit mankind. Within two years of the discovery Curie’s fame skyrocketed with her acceptance of the Nobel Prize and physicians had already discovered Radium’s ability to shrink tumors. “Radium Therapy” was quickly implemented into standard cancer treatment procedure and the scientific community and the general public were captivated with Radium’s “miraculous healing effects”. 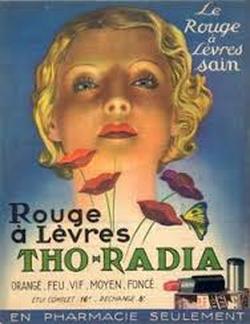 The media quickly exploited the amazing capabilities of Radiation and publicized the benevolent element, likening it with “magic” and the “golden healthful rays of the sun”. Radium took hold of the domestic sphere of western society and it found it’s way into Soda’s, lotions, and candy. It took the western world by storm. Radium became commercial, and the success of the U.S. Radium Corporation was bolstered by the onset of war. In turn, the young girls of the factory were set to produce the famous glowing watches for the soldiers. Slowly, their indirect consumption of Radium began to effect them in a drastic way. The weakened bones and disintegrating jawlines of the women began to hint at just how dangerous Radium is. Although the corporation turned a capitalistic blind eye to the evidence, the world soon uncovered the truth about Radium. In this way, the Radium Girls were martyrs for the scientific community. Their tragic and inhumane deaths were due to the ignorance of the scientific world and the greediness of corporate America. It is still surprising that the cancer treatment didn’t provide the physicians with the evidence of its destructive capabilities. It’s as if Radium was ushered into the world and unveiled as a miracle to quickly and with too much tumult surrounding its discovery. Radium was used excessively and not given time to reveal its true nature to the world. If the scientific community had spent longer uncovering the interaction Radium has with humans and life forms in general, the lives of the young women may have been spared. On the contrary, this new insight brought about new designs in warfare and Radium’s fatal powers were exploited and used to full effect. What we can learn from this is that the market runs the world, not the scientific community, and when there is a demand for something from the scientific community, the market will always exploit it, regardless of whether it is a miraculous healer or an element of destruction.