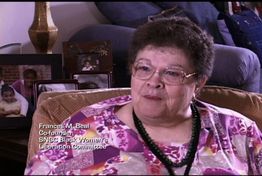 The socialization of contraceptive practices is a fairly new phenomenon. The use of oral contraceptive, or “the pill,” was one of many battles to overcome prior to the late 20th century. Laws were made to prohibit such distribution, claiming it “obscene,” and thus unworthy of sale. But much like women’s suffrage, push for safer, equal working conditions and exercising sexual freedom, this barrier was passed as well. But the idea of reproductive rights seemed to be synonymous with white women.

The reproductive rights for women of color seem to be left behind.Leila McNeill, writer of Searching for Racial and Sexual Justice in Reproductive Rights, details the lack of recognition of African-American women in the Women’s Liberation Movement as well as the additional barrier of pushing for reproductive rights in the Black Community. McNeill states that “the pill,” abortion and other contraceptive practices were generally seen as “black genocide” among their male, Black partners. Conceivable, given that the African-American community during the Civil Rights era held greatly to religious faith, which shuns the notion of contraceptive practices. Furthermore, in an era not far removed from slavery, where children were sold and infants were stripped from caring mothers, as well as the racial hostility during the civil rights movement, which led to incidents like the murder of 14-year-old African-American teenager Emmett Till in Mississippi, the idea of self-terminating or preventative practices seemed preposterous.

Male African-American leaders encouraged more child bearing amid the Civil Rights era and the movement of contraceptive advancements among white women leaders. That notion was debunked by Black women leaders, who advocated strongly the equality of reproductive freedom.Organizations like the National Council of Negro Women contested the notion of abortion as “black genocide,” claiming the directing of women’s bodies as “misogynistic.” Prominent Black women leaders, like Frances Beal, pushed for reproductive freedom as it was one of many staple issues among Black women during the 1960s. Through the eventual deconstruction of previous negative stigmas regarding safe, reproductive tactics and the stronghold of white and/or male decision-making regarding one’s own body, African-American women made major strides in creating sexual and reproductive freedom for all women.​