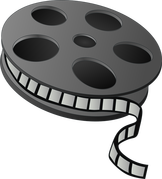 What surprises me about the article 16 written by Lady Science is how it mentions the lead Bones character as having psychological and other issues, which the blog author sees as a negative thing. Her assumption is that women shouldn’t only be portrayed as having problems when they are the lead character. But I would argue that every lead character especially in spy or CSI shows has some issue that the show plays on. I don’t think someone would want to watch a show where the characters are perfect. The imperfections are a part of the lead role. From my limited view of shows, it seems like every lead character has some weird flaw.

Continuing on into the rest of the articles, it is surprising to me that there is so much sexualizing and gender stereotypes that occur in the media, specifically in crime shows. I realize there is a certain aspect of the producers that wants to appeal to their audience and the sexualizing of the females seems to be the way they go about it. I now start to question what I look for in shows. Do I find the fact that women are being exploited as something that I want to watch? I also wonder how much in shows I am missing when I don’t pay attention to the misrepresentation of women. I can also see how many people turn the victims in crimes into instigators, as if they somehow “deserved it.” This is very wrong and dangerous talk. Especially as it applies to current situations we face. I overheard a conversation concerning one of the women who claimed Bill Cosby drugged her. The student said he thought she only said it so she could get money. While that may or may not be true, until there is evidence that says she was not drugged, her story should be considered true. Its sad to think how mainstream media could be influencing our view of real life.

I would be interested to see what the blog writers thought about shows like Rizzoli and Isles and The Mindy Project. Both of these shows have a prominent female character. But after reading the analysis of some of the other shows, I am starting to wonder how much of those shows is filled with sexual stereotypes even though they are the lead characters. I also think of Zeva, who is a part of the NCIS show. While she is not the leader of NCIS, she does play a prominent role and she also does not fall to the occasional advances of one of her co-workers. So it is not like they portray her as a helpless person in the show. In the future, I will definitely take a closer look at the way that individuals are portrayed in films and TV shows.