In reading the first issue of Lady Science, I was surprised by how women were portrayed, especially when I found out these are modern shows. Granted, I watch almost nothing unless it is on Netflix, so I am often unaware of ongoing television shows that are not Doctor Who. With my blissful ignorance of currently airing television shows, I assumed that women were depicted in equal ways as men. Boy was I wrong. Women in The Knick and Breathless have been relegated to objects that only help to show the main men’s struggles and journey. Even when these television shows center on OBGYNs who invariably have all female patients due to the nature of their jobs, the patients are hardly exposed. They are given one or two lines, and though the main purpose of the show is not to center around patients, there is humanizing quality given to the often-cold doctors when the patients are given more of a story.

In number 6: Science and the Engineering Behind the Scenes, McNeil examines the role that women played in the sciences during the 18th century. Women were often excluded from the typical “hard” sciences such as physics and chemistry and relegated to the “soft” and feminine study of nature (ex. botany). It does not surprise me that because of this women who wished to enter the typically masculine fields of study needed to act like a man in order to break the barrier into study. An example of this is Madame Curie who was seen as somewhat cold and obsessive about her work to a degree that it was thought only men could be. Even though men are praised for this quality, Curie was criticized for her lack of maternal care for her children and household.

One would think that as more women enter scientific fields for their profession, the notion that women need to be like a man in order to practice science and yet still be womanly for her family would disappear. Though I cannot say much about having to cater to a family while having a scientific career, I can speak to the fact that women are still expected to not be as feminine if they wish to enter the “hard” scientific fields. As a student who will soon be embarking on medical school interviews, an important note given to me by earlier applicants is that you cannot look feminine. Medicine and more broadly science are sill characterized by masculinity, so it is necessary to fit into that mold when wishing to enter the field. I would be interested to see if there is any correlation in follow up interview and ultimately acceptance into the school based upon how feminine an interviewee acts, controlling for average GPA and MCAT score.

McNeil also speaks of the ways women who were not included in the traditional scientific dialogue were able to make their voices heard. Though I was aware that women and minorities have often needed to use unconventional means to get their message across, I did not expect women to voice their scientific ideas through poetry. 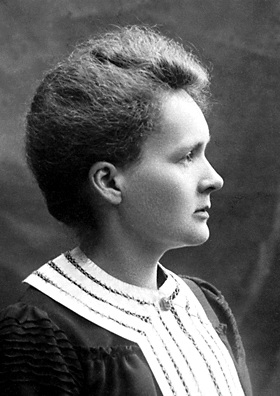