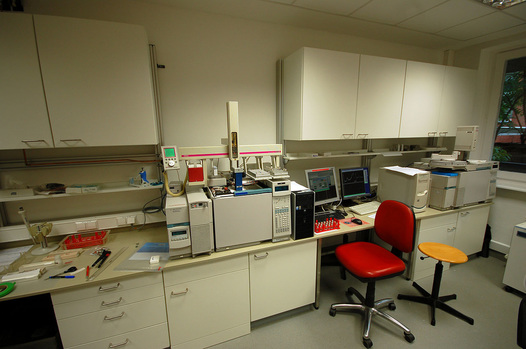 ​In looking at “Lady Science no. 16: Gender and Forensic Science on Television” by Anna Reser and Leila McNeill, we are told that the role of women in forensic science TV is quite an improvement for the overall image of women in science. For example, the authors tell us that in shows such as Sherlock and True Detective, although women play secondary roles, they are still shown working in a laboratory setting. Which is still a rare sight in media, since laboratory work is still seen as a male dominated environment. However, there are still problems with the role of women in these shows. The authors also tell us that “when women do lead the team, like forensic anthropologist Temperance Brennan in Bones, they are often rife with emotional or psychological problems or suffer from a traumatic past, as if these are the only kinds of women who could pursue the masculine careers of law enforcement or forensic science.”

This is quite true as I have seen multiple forensic science or crime TV shows where women fit this mold in order to be in the position that they are in. To me, this is one of the most surprising facts from this article. That is, although these kind of TV shows show significant improvement for women in science, there is still the problem that women have to fit a certain mole or even stereotype at the same time.Next, the authors tell us about the show, MFMM, which is led by Phryne Fisher a “Lady Detective,” and Dr. McKenzie who is a forensics specialist. In this show, these women often work together to solve the hardest cases with the use of forensic science. And these women always solve the key problem that leads to the major breakthrough. Again, this is good for the image of women in science. But these women are often solving the major problems in a private setting when they talk amongst themselves. And these women are never shown to be competing for males for attention or accolades.  To me, this again still shows the inequality between women and men in science. Because more often than naught, men in the same position as these women would probably get all the attention and accolades that come with solving major problems. So there is still a gap that shows us there is still progress that needs to be made for women in science. I think that is the main point to get from this reading. And to further this point, the TV shows represented here are all fairly recent, which is also a surprising fact to me.

Because we’ve come this far and there are still problems with the portrayal of gender equality in media.For further research, I would propose that we look at the roles of women in forensic science books instead and compare that to the roles of women in the TV shows. There may or may not be differences. Another thing to do is talk to actual women who work in forensic science, either as detectives or scientists, and get their thoughts on the subject. One thing I would probably ask the authors about their conclusions is: Has the role of women in this particular genre changed over time? The authors gave examples of shows in recent times instead of shows in the past. If women had roles in older TV shows, how do they compare to their roles in the newer shows?