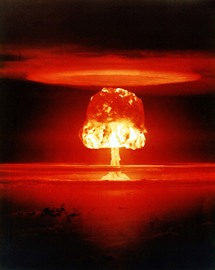 ​I must confess I am officially unhip, (somewhat) old, and busy. Consequently, before reading Nathan Kapoor and Leila McNeill’s analysis of the new TV series Manhattan, I had not heard of the show. This is probably due to the fact that I haven’t seen live television in an extended period of time (other than the occasional marathon of HGTV), but I was surprised about the concept and intrigued about how it is/was coming to fruition.

I was not surprised, however, about the lack of female scientist representation the show portrayed. Throughout the history of science women have been a marginalized group with only sporadic reluctant representation when some genius comes along. And even then, it has not been tradition for this female scientist trailblazer to challenge the status quo and traditional gender norms. Thus, women have largely been underrepresented and underappreciated for their contributions to the advancement of the scientific cause.

What did surprise me, though, was the characterization of women in the show. I understand that writers want to draw in viewers and increase ratings, but was it really necessary to reduce seemingly all substantial female roles to that of a lust-filled person that just had to sleep around?! As Kapoor points out, even without focusing on female traditional “scientists” that worked at Los Alamos, female characters stories’ could have portrayed the immense role they fulfilled as keeping the town alive and functioning effectively. And even when the show does seem to portray female scientists such as Dr. Liza Winter, they are either masculinized or put down for studying “soft” sciences. I know that it is common nowadays, and seemingly then, that practitioners of “hard” science looked down upon those studying “soft” science. However, in the early 20th century, there was not much of a choice for women to study the subjects seen as superior! They faced difficulties entering universities, often had to work under the umbrella of a male colleague who would publish her work in his name, and were reduced to assistants who were to be neither seen nor heard – just silently observing and recording data points for the use by the higher up men in the laboratory.

Since the show was set during wartime, women would have had better access to jobs due to the vacancies created by young men leaving for the front line. Did the writers not care enough about the women who must have worked within the project to detail their accomplishments? Were there some exceptions of women leaving the conventional role of assistant and actually working on problems that were a monumental step in the theorization and production of the atomic bombs? Or were the stories of the women who worked at Los Alamos and other sites not seen as important enough to document and thus the writers of Manhattan could not have provided realistic examples of the authentic roles that women played at the worksites?

Margaret Hamilton is frequently overlooked for her enormous contribution of writing code during the Apollo 11 mission. Is there a similar disregarded female genius hidden among all of the women that worked at Los Alamos? If there is, will we ever know?