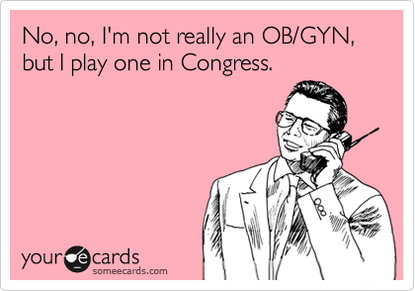 It’s funny, until you realize it is true.

Okay, so we have done some CRAZY things in the name of science. I understand that there will be some “hiccups” (tragedies) and mistakes (more tragedies) in the name of medical science in order to secure a safer practice. However, it does not mean that we should turn a blind eye to the history of what brought us to current medical practices!

The blog, Lady Science, begins their series with a blog titled “Delivery Room Drama“, and Leila McNeill is first to shoot at the anti-feminist practices of medical history as portrayed in the television series The Knick. She explains that the premise of the show is to depict the scene of obstetrics in the early 20th century, following male doctors as they perform operations such as cesarean sections. She also makes sure to let us know that the show does not highlight the stories and hardships of the women of the time, rather the accomplishments and downfalls of these white male doctors. To me, it seems an appropriate depiction of the time, because women were NOT given a voice of their own during that time.I think that the author seems disappointed that the show was not exactly as SHE would have liked it depicted.This does not mean that I condone or agree that women should have been treated this way (in no way do I condone any of that!!); however, I think that the author/producers/directors of the series set out with intent to write the show in a certain way to entertain audiences and not to necessarily make a historical or political statement. I have never seen the show, so I am unable to make my own comments or form my own opinions of it.

The second part of that first blog is written by Anna Reser about a show on PBS titled Breathless. She says that this is what one could watch instead of The Knick if you cannot handle goriness. Reser explains her feelings on the issue of sexism and the show in the following quote. “… the show doesn’t comment on illustrate contemporary forms of sexism. Rather it fetishizes ‘vintage’ sexism in broad stokes, and plays up its irrationality. We don’t often see the kind of overt sexism that the show displays, which makes it easy to dismiss as old fashioned.” In reading this, it seems to me that she wants to have “modern sexism” displayed in a show that is supposed to be a period piece in order to make a statement about it. However, again, I wonder if that is the intent of the writers/directors/producers of the show? Perhaps they should create their own historical drama to portray the past as they would like to have it seen. They seem to have a lot of ideas about it, and it sounds like it could make for very interesting television and provide a new perspective on sexism in the early twentieth century. I just wonder if they are setting the bar too high for television; since it seems to me that the main goal for (public) television is to draw AS MANY viewers as possible.

I realized after writing so much about just the first article, that I have not even touched the article I read for this blog post. Lady Science No. 12: American and the Pill gave insight into the history of the birth control pill.

I was surprised at the discrepancies that I did not consider in regards to the birth control pill between access for white women and women of other races. In my own lifetime, I cannot say that I have seen that effect. McNeill informed us that black women were told not to take the pill because it was a form of genocide! That was really surprising to me.