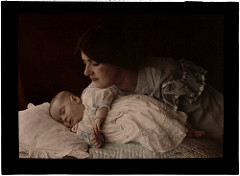 ​Women since the beginning of time have been mistreated, abuse and overall been look at like second-class people. In the articles from Lady Sciences, the main focus was about a show call “The Knick” took place in New York at a hospital and focus on the life of Dr. John Thackery’s who change modern medicine back in the early nineteenth century. Did Dr. Thackery’s change modern medicine and provide the road for future doctors? Yes but at what cost the experimentation and degrading of women. During this time period, women were use more as guinea pigs to the hospital then they were patients, Dr. Thackery’s would purchase prostitutes for sex and to experiment on them, which was allowed in that time period. It was even worse for women who were pregnant, because if a woman came into a hospital that was pregnant and sick she would have a better chance of dying than walking out of the hospital. This is not because the women were about to die; it was because the doctor wanted to try a new method in surgery.

People who watch this show might think that what they are doing to women is just part of the script or maybe they are exaggerating the truth. Those people would be wrong, not that long ago women were thought of objects instead of people. What actually shocked me was how a nun was telling a woman to get an abortion, because she knew what would happen to this woman if she had any complaints with her pregnancy. This surprised me, because how much people are against abortion in the present, I would bet they felt the same way back then. Probably the reason why women were told to get an abortion instead of going through with the pregnancy, was if the women had any problems there was a good chance their going to die with the fetus. How many women die from their complaints with pregnancy and how many could have lived if they would have had an abortion? I’m on the fence about abortion but if it could save a woman’s life, then I think the woman should have an abortion.

We as a society have improved women’s rights over the last century, but we are still failing as a society. Women can become anything they want, their are very few jobs that are gender biased. Women are still being mistreated, but in a different way now a woman could do the same job as a male and get pay less then the male. We as a society need to come together and stop the mistreatment of women, they are the ones who gave birth to all us should we not provide them with equal rights?