1. What was surprising? Why?
I had never looked at ‘the pill’ through the lens of black female culture. It was somewhat surprising to find that access to oral contraception was much more difficult to obtain for black women than it was for white women. I italicize ‘somewhat’ above because it really isn’t that surprising. As the article mentions, black women have been shut into low paying jobs while their white counterparts climb the career ladder.  What was really inspiring and great to point out is that out of this quagmire of black women’s rights came an increased level of activism. It’s not wonder that more and more black female activists are rising up and demanding equal access to fundamental women’s healthcare. I also very much enjoyed reading about the medicalization of the female body (while not pregnant) really came to be from the introduction of the pill. This has helped to increase prevention of cancer and other illness, but also has been used to keep marginalized groups of women at the glass window looking in.

2. What was not surprising? Why?
Through many different classes on Gender and Race, it has become less and less surprising that black females have consistently been marginalized far past their identification of ‘female’ and their identification as ‘black’. It is a double whammy of sorts, where they are discriminated by white feminists for being black and by black civil rights leaders for being female.

3. What questions for further research would you pose?
I would really love to know more about the idea of ‘medicalization’ of the female body. It had never occurred to me that tying prescription birth control with preventative tests such as mammograms or Pap smears can help to increase preventative care, but also keep women from getting the pill as well. Very interesting, and I would love to see more research on the amount of women who are unable to obtain the pill due to costly preventative care.

4. If you could ask the author(s) one thing about their topic, their writing up of the topic, their conclusions about the topic, etc. what would that question be?
How important is this topic today when we are seeing women’s healthcare under attack by very organized enemies? Furthermore, is it less about cost and more about racism today than maybe 30-40 years ago. We continue to see rising cost in healthcare, but I think we see an orchestrated effort (that is racist in nature) to fundamentally destroy access to basic women’s healthcare. A great example of this is with Planned Parenthood which provides a plethora of women’s healthcare to low income and minority populations. 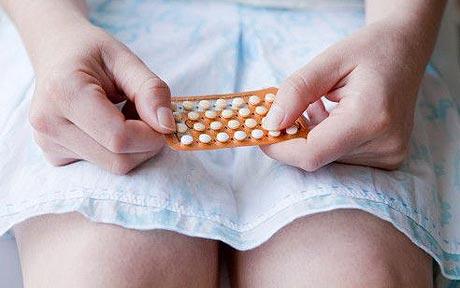