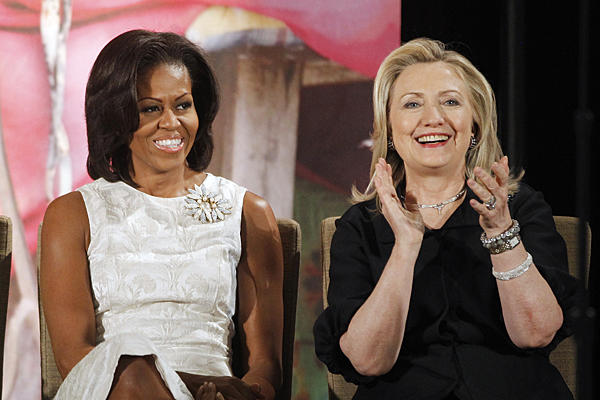 What I found surprising was the author’s idea of trying to reverse role all male dominated positions of power and replace men with women. I thought this was surprising because its never been done in history before. When Lady Science concludes from reading “The Conquest of Gola” by Leslie F. Stone, she mentions that we as a society should “live out these alternatives ourselves.”

However, I see this is starting to become more of a trend. Women are starting to introduced into very high roles of power in society, especially in the US. We started to see a trend with Michelle Obama influence on her health programs for children and young adults for the US. Although she isn’t the president, she has an incredible amount of authority and power. Hillary Clinton just might be the change of a male dominated president role.

What isn’t surprising is that Lady Science also discusses about the injustices in male dominated power positions. We all know that there are injustices in these positions. The books that Lady Science reads all take place in far future such as 2313 in Mars Trilogy by Kim Stanley. However. the changes to an injustice system of male domination is arriving alot sooner than everyone thought. Just look at the elections these past few terms. We had Hillary Clinton run twice now. And Carly Fiorina was an early republican presidential candidate for this term 2016-2020. Looking beyond politics, we are starting to see a jump in powerful female roles in movies. Women wonder is an example in the new film Batman vs Superman. Supergirl is also new tv show that is a leading female show.

Further research upon this topic could consist of all female icons and leaders that are making an impact in today’s society. Such as all the shifts in political power and all the women taking positions in state and federal leadership.

The future of a balance system of gender roles is approaching a lot faster than we thought. And we need everyone to be on the same page about gender equality so that the assimilation of gender equality will be peaceful. If society continues to be racist and sexist towards their community, not only will gender equality be achieved slower, but also will result in more unnecessary chaos.
​