​Have you ever considered the practice of medicine to be unethical, whether it be sharing confidential information or performing a procedure without permission? Although modern medicine has worked to eliminate illegal medical practices, sometimes these practices occur, but not nearly as bad as they did in the past. The series of articles written by “Lady Science” articulate many ideas of how medicine has been practiced historically with a focus on how women were treated in comparison to men.The issue entitled “One Last Bone to Pick” references illegal medical practices such as how illegal abortions were performed. One name in particular that is mentioned is Sister Harriet, a nun and midwife. She performed these abortions to save the lives of the mothers who would have performed their own abortions and likely lead to their own demise along with the fetus’s. With these cases, the mothers were aware of Sister Harriet’s intended actions because they resorted to her practices for their own survival.

However, not all medical procedures are given on a consensual basis. What comes to my mind when I think of unethical issues is the story of Henrietta Lacks. For those of you who don’t know her story, hear me out and you will understand the wrongfulness behind it. Mrs. Lacks was an African American women who received the diagnosis of cervical cancer in the 1950s. While receiving radiation therapy, without her knowledge, samples of her cancerous and healthy cervical tissue were excised from her uterus by her physician Howard Jones. These samples were further shared with a colleague of his by the name of George Otto Gey who cultured the cells and coined the term “HeLa cells” after he successfully determined that they were immortal and would divide indefinitely. The story sticks around to this day because Henrietta was perfectly capable of giving consent for this procedure, but was not even notified. This story is not necessarily surprising considering the fact that women were more likely to be taken advantage of in society compared to men.

Now back to the point: both of these stories share the idea that medicine was practiced differently in the 1900s. What is surprising about “One Last Bone to Pick” is that a nun carried out abortions which is something that I would think is deemed as a sin according to the Church. One would also think that a nun would rely on the healing powers of God to make the right decision concerning these women seeking abortions. What did not surprise me was that an ambulance driver named Tom Cleary wanted to help Sister Harriet carry out the abortions in order to make a profit; this is not surprising because the desire for money in society is a common greed that plagues many.

To the authors of Issue 2, if I researched more on illegal medical practices, I might be complied to send you a few so a play could be orchestrated. Just a general question, did you as authors receive any inspiration from personal experiences or with people you knew that experienced illegal medical practices either consensual or not? If your inspirations came from another source, why are these issues so pertinent to your issue from your personal perspectives? I think as a woman myself, I would take a guess that the authors are pro women’s rights and feel that the only way to convey the message to their audiences is by discussing the past. 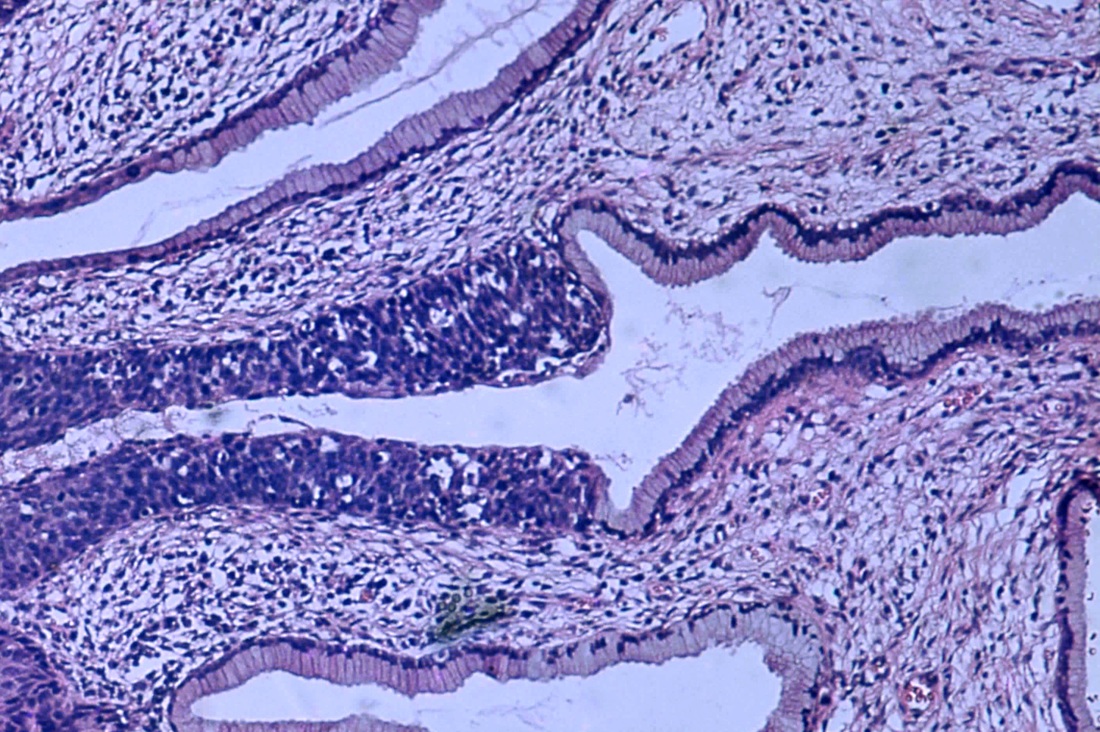 There it is, a visual representation of cervical cancer. All of those cells, all of those mysteries. No wonder scientists find it so fascinating. Permission by Wikimedia. This photo was made public on December 31st, 2006.