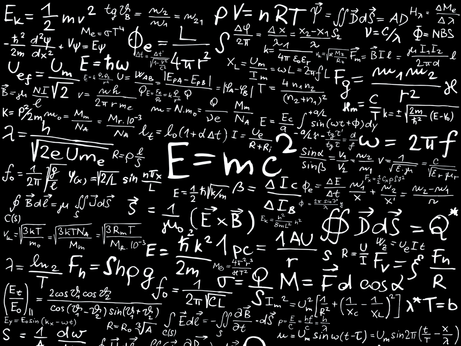 In Warmth Disperses and Time Passes, Hans Christian von Baeyer demonstrates an impressive understanding of the implications of the world in which we live in terms of physics.  Throughout the novel, von Baeyer tells the story of humanity’s exploration of the laws of thermodynamics.  He very clearly explains his understanding of how we deepened our understanding of the physical processes of thermodynamics over time, from observing canons in water to metabolism to steam engines.  He even demonstrates his confidence in his understanding of theories such as Einstein’s relation of energy to matter.  In order to argue that von Baeyer should receive AP Physics credit for his manuscript, a committee member might point out that von Baeyer clearly understands the evolution of human thought from a time preceding the laws of thermodynamics to the applications of them in our everyday world.  Is not a more thorough, well-rounded worldview our goal as we learn both inside the classroom and outside it?  Is the purpose of a modern education not to help us see details about our world that we may have previously left unnoticed?
We explore historical records to better understand our present civilization.  We study non-human species in a respectable effort to understand humans even better than we can by simply studying ourselves or other humans alone, though our own biological processes are a huge area of study for us today.  We study other planets in hopes of better understanding Earth, and we track Earth’s patterns to better understand its place in our solar system. The more we understand, the more potential we unlock to understand further.  I feel that a committee member would see the same kind of value in von Baeyer’s manuscript.  They might feel that von Baeyer has succeeded in harnessing the potential of the course: to take that knowledge and apply it everywhere else.
However, I would be hesitant to grant von Baeyer AP credit for this manuscript. For one, he is just not filling the prescription for a passing score on the exam.  He was able to use external sources while he worked, unlike his peers.  He was also allowed much more time, and even though he produced more work it just does not seem justifiable.
In addition, he fails to use real math to exemplify much of anything other than giving examples of equations.  While I feel von Baeyer understands much of what one learns in an AP Physics course, I also feel that an application of his understanding might prove to be insufficient.  For example, suppose von Baeyer is given a word problem like he would on the AP exam.  He may be able to apply reason and logic to reach a general conclusion, but he may not be able to produce actual, accurate numbers.  To be given AP credit for his manuscript, it should include complex, real-life scenarios where von Baeyer proves that he is able to perform the physics involved rather than understanding it alone.  After all, everyone who wishes to accomplish anything must learn to walk the talk.