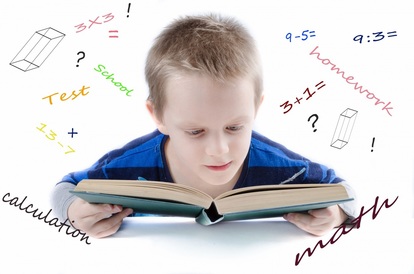 H.C. von Baeyer was an incredible thinker in evaluating the history of Thermodynamics. The way in which the author presents this history is inclusive and full of background that is integral to understanding the thoughts of the time.

Baeyer, if given an AP physics test, would have scored very well on it. There are three components to the way that he writes that make it obvious that he has a very in-depth concept of the physics of heat.

The first of these reasons is the way in which he makes connections between the many different theorems and thoughts of the time between many authors. Whether he is comparing Clausius’ ideas about the conservation and transfer of heat to Carnot’s failure to make his concept fit with reality (p.50), or comparing Joules experiments to those of his predecessor Rumford with his cannon experiment (p.31), the author is constantly making connections between the ideas and how they developed. The kinds of connections that Baeyer makes between different ideas of physics are the connections that professors in college hope that students are able to make on the tests.

A second concept that is portrayed very well in the way that Baeyer writes is the illustrations based on the time. The scientists of the time only had limited instruments and concepts to base their experiments and curiosities off of. For instance, the first law of thermodynamics was partially discovered through the boring out of a cannon because of the demands of Napoleon (p.4)! Or the experiments and assumptions made using the analogy of plants and water rich gold which at the time was a way of communicating and thinking of the complex ideas being contemplated (p.63). Or the Devil game that prompted James Maxwell to explain his use of physics as similar to the game (p.79). This use of comparison using objects and ideas of the time, gives a more in-depth understanding of what the different ideas indicate and why they matter.

Lastly, The author many times uses the actual equations of physics. Defining each term that is in the equation as he went. He writes out several equations in regards to the meaning of Joules (p.33). He also brings in older equations, such as Einstein’s E=mc2 (p.57). He shows how scientists used simple equations to apply to situations to bring new meaning such as the basic use of multiplication to explain entropy (p.106). These concepts bring the background and connections all together to create the equations and rules that we have all been taught over and over in school.

The amount of material presented in the book he wrote demonstrates the great understanding of the laws of physics. Had he taken an AP physics test, he would have aced it and would have proved all of the other graders wrong who would not have graded his paper.

I actually benefitted from the history presented in this book on a test I recently took in physical chemistry. Through the discussion on the second law of thermodynamics, I used was able to use the talk concerning a refrigerator to answer a question about the Carnot cycle. I think knowing the history of the Carnot cycle helped immensely in my remembering and application of the material.