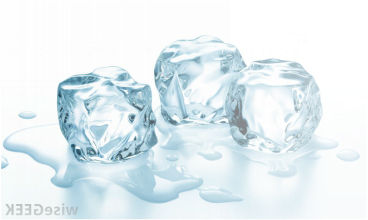 Typically I am not one to stray from tradition, fall outside the lines of normality, or venture into a new set of norms. With that being said, however, as an individual upon the AP physics test scoring committee, I am highly inclined to accept H.C. von Baeyer’s novel, Warmth Disperses and Time Passes, as due credit in lieu of the AP test itself. Furthermore, on a scale of 5, I would credit von Baeyer with a qualitative score of 6.

If the mere fact that a seventeen year old composed one of the most well-written accounts on the history of thermodynamics of all time is not suffice, then possibly take into account this individual’s vast and competent knowledge on crucial historical persons. Or, consider the brain necessary to develop and compose such a work, and understand that while mathematical computations may not have been proven, asking von Baeyer to do so would be a waste of everyone’s time. If someone doubts his ability to do so, to answer any physics question that could be presented on this exam, this particular individual needs to read his book, and if still unsatisfied, attempt to do something of the same magnitude themselves. It would take a group of approximately 5 students whom all received a 5 on the exam to compile thoughts and ideas to rival that of von Baeyer’s. Even still, with all the knowledge and ideas present, their historical account would likely pail in comparison.

While at first I was not in favor of this proposal, I gave in to my colleagues recommendation and it was the right thing to do. Obviously the idea sounds preposterous and senseless. Kids everywhere will start wanting to get around taking tests. To that I would respond; if you can write a novel as complete and original as von Baeyer’s, it is acceptable. In my professional opinion after reading the novel, von Baeyer has done far more than necessary to prove his ability to understand physics and receive AP credit for the exam. With his expansive knowledge of thermodynamics, he has obviously proven to understand energy transfer, wave and molecular dispersal, and even the many forms and situations involving kinetics. While some may argue that physics has far more to do with than just thermodynamics, which it does, and they are correct, von Baeyer has more than proved himself in his understanding of the topic.