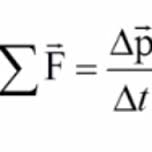 If I was a committee member in charge of scoring the proposed alternative to the AP physics exam, there is no chance that I would accept it for credit. Von Baeyer’s manuscript clearly indicate that he knows the history of the development of the laws of thermodynamics; it even displays a good conceptual understanding of the laws. However, this is an unpublished manuscript that obviously took a substantial amount of time to write. With these two facts in mind as a grader, it is completely unknown to me whether Von Baeyer truly knows the material he has written about or has just taken the physical discussions from other sources in order to discuss the history of the subject. Even if we assume that Von Baeyer does have a good conceptual understanding of the laws of thermodynamics, which doesn’t seem like a bad assumption to make, it is still insufficient in determining whether Von Baeyer actually knows enough physics to deserve credit for the AP exam.
To really understand the laws of physics, they must be understood mathematically as well. This manuscript offers no mathematical discussion of the laws of thermodynamics, nor is there any strong evidence to support whether Von Baeyer has a solid grasp of the laws in their mathematical form. If we make another assumption that Von Baeyer does understand the mathematical relationships of the laws of thermodynamics, which is a weakly supported assumption based on the manuscript, it is still insufficient in determining whether he deserves credit for the exam.
To earn credit for the AP physics exam, a student must demonstrate proficiency in more areas of physics than only thermodynamics. Any good physicist has at least a basic knowledge of mechanics and electromagnetic theory. These subjects are not even remotely discussed in Von Baeyer’s manuscript. There is no information in this manuscript that even hints at the depth of his knowledge of these subjects. With all these assumptions that are necessarily made to think that Von Baeyer has a basic understanding of the laws of physics, I would not, in good conscience, be able to accept his manuscript as credit for the AP physics exam.