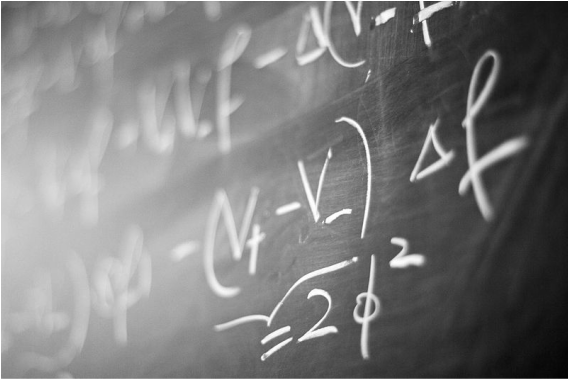 ​In imagining von Baeyer as a high school student presenting an unpublished manuscript of his book, Warmth Disperses and Time Passes to the AP physics committee, I believe that it would be fair for him to receive AP physics credit. The very nature of physics rests upon the concept of motion. And thermodynamics is a massive branch of physics, which deals with motion and heat processes. One of the main reasons why I think any committee members would immediately dismiss von Baeyer’s manuscript is that they would probably think it is a simple history of thermodynamics, rather than a deeper study about concepts. However, I do think that von Baeyer demonstrates a clear understanding of thermodynamic and physics concepts. For example when von Baeyer talks about Einstein’s equation (e = mc^2), he tells us that “mass, denoted by m, is a measure of inertia – the tendency of things to resist being set in motion when they are at rest and to resist changes in velocity when they are moving” (von Baeyer 124). In this instance, von Baeyer clearly defines a variable in the equation, and demonstrates clear understanding of the concept of inertia by giving us good definition. Another example is when von Baeyer discusses Bernoulli’s billiard model for a gas. He explains that “at the same time the pressure, which is force per unit area, will suffer a further reduction by a factor of four on account of the fourfold increase in the area of each side” (von Baeyer 70). Here, von Baeyer defines what pressure is and he even demonstrates the understanding of the reciprocal relationship between pressure and volume, that is, while one variable increases the other decreases.  Lastly, I think von Baeyer demonstrates his best knowledge when he discusses physical constants. First, von Baeyer says that “like all subfields of physics, thermodynamics is characterized by certain constants whose values we measure but otherwise take for granted” (von Baeyer 164). Next, he explains that “the natural constant that takes the place of c and h in thermodynamics is Boltzmann’s constant k, which converts absolute temperature into molecular energy, and the logarithm of probability to entropy” (von Baeyer 164). Here, von Baeyer makes an excellent assessment about the nature of physics. Physics is full of physical constants that have been experimentally measured throughout time by physicists. He tells us about the speed of light (c) in Einstein’s equation and Planck’s constant (h) in quantum mechanics and then relates them both to a thermodynamic constant, k, which is Boltzmann’s constant. Then he tells about Boltzmann’s constant, saying it is measured “in the scientific units for energy over temperature (joules per kelvin),” and it “amounts to about ten trillionths of a trillionth – a number that is far beyond the pale of human imagination” (von Baeyer 164). Again, von Baeyer knows what the definition of the constant is and is able to relate it to other constants in another subfield of physics. To me, this proves that von Baeyer has a high enough understanding in physics for the AP physics level. He touched upon and was able to explain concepts in motion (inertia, relativity), the pressure/volume relationship, and thermodynamics (Boltzmann’s constant), rather than just tell the history of it.