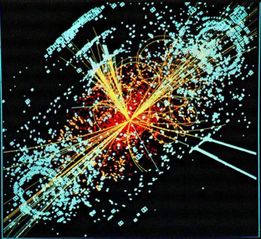 ​H.C. von Baeyer is now 17 years old, and a senior in high highschool planning to attend college. He is taking his AP Physics exam but instead of taking the exam he wants to use his manuscript Warmth Dispereses and Time Passes in an attempt to receive AP credit. It is sent to be scored by a committee.

I am one of the five scorers, in charge of determining if Von Baeyer should receive AP credit or not. Out of the five members only one of the members has read the manuscript and he is arguing that he should receive credit. One of his arguments was that Von Baeyer had a clear understanding of the laws of thermodynamics, which is a big part of physics. He understands more than most people of his age, providing examples and solutions to problems physicist encounter.

After listening to the members arguments, I realize that Von Bayer has a clear understanding for the laws of thermodynamics and other laws of physics, and can even provide examples of when to use them and how to solve the problems. But thermodynamics is only a portion of what should be known in order to pass the AP physics exam. So even though he is knowledgable in parts he should still have to prove he could pass the AP physics exam in order to receive credit. The information tested on the exam will really decide if he has a good understanding off physics. I have taken multiple physics classes and there is no way I would pass from only knowing thermodynamics.

In the end, my final decision is not to award him AP credit for his manuscript. Even though it is a very well written manuscript, and he clearly shows that he has a great amount of knowledge. It is not enough to be successful in a physics class.

Picture from the public domain of hub pages
​