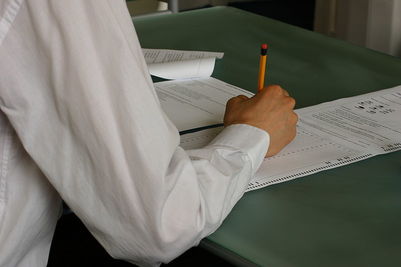 There are many ways to test someone’s understanding of a subject. For example, in high school, your knowledge is represented by your grades in your classes and standardized test scores. Some tests, like advanced placement tests, are given to high school students across the nation in order to test their knowledge of a subject, such as physics. If they score a sufficient score on this test, then they may use that as college credit hours towards applicable classes. In my experience with these classes, they tend to be pretty standard, requiring you to answer either multiple choice or free response questions for both mathematics and history, with students across the nation all filling out the same tests, but what if someone didn’t take the test, and instead sent in their own work to try and get AP credit?

For example, if a 17 year old H.C. von Baeyer submitted his work Warmth Disperses and Time Passes, would he qualify for AP credit?  My first thought would be no, he would not get credit. The advanced placement test is taken by thousands of students to test their specific knowledge of a subject, and therefore, the test has a specified format in order to evaluate the students on the class. While Baeyer’s work does show great understanding of the history and theory, physics is also highly tied in with mathematics, calculating the actual values of force and velocity. In his work, Baeyer very rarely shows or discusses the mathematics in physics, offering explanations for the equations and numbers, but never really verifying his own prowess in mathematics.

Therefore, not only would Baeyer’s work not receive a passing grade due to not actually taking the test, it would also set a precedent of students being able to send in their own works to the AP board in order to get AP credit, which would most likely take up far more time and money. It would be in the best interest of AP boards to not grant him credit. Even if he didn’t receive credit, does that mean he doesn’t understand the subject? Of course not, the manuscript shows that he most likely spent a great deal of time research the history and theory of thermodynamic, time, and other aspects of physics. In addition, AP testing merely tests your knowledge of physics relevant to the class itself. For all we know, AP physics could have mostly covered Newtonian physics, such as force, velocity, and planetary motions, while Baeyer’s paper covers more advanced topics like thermodynamics, space-time and special relativity.

Baeyer is definitely competent in understanding physics, however if he wishes to get AP credit, he should take the actual AP exam. I have little doubt that he could have taken it and done excellently, but submitting your own manuscript in lieu of taking a standardized test seems a little ridiculous, so I would not give him AP credit.