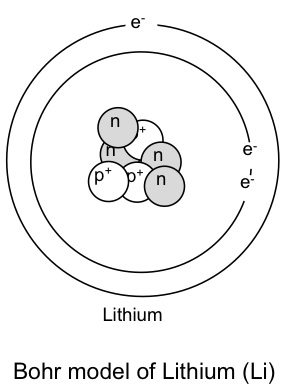 ​Suppose Hans Christian von Baeyer is a high school senior currently enrolled in his school’s AP physics program. Also entertain the notion that he has been working on his manuscript for what will become the novel Warmth Disperses and Time Passes: A History of Heat all year and thinks that his research should be sufficient to earn him physics credit. Would you allow him to obtain credit without taking the standardized exam that everyone else has to take?

Those on a scoring committee that say von Baeyer should receive credit will most likely point to the sheer amount of effort that it took to accurately chronicle the history of the laws of thermodynamics. Trying to weave through historical anecdotes and attempting to decide who should actually receive credit for an idea’s origin entails a lot of sifting through manuscripts and obscure texts. In addition, von Baeyer had the difficult task of deciding whose idea was formed enough to concretely say that one specific individual should be known as the inventor of one such law. For instance, Carnot, Mayer, and Joule all had ideas closely resembling the now well known first law of thermodynamics, but Helmholtz is often cited for the idea that energy can neither be created nor destroyed because he put the idea in mathematical terms. Should the others just be discarded?

Committee members advocating for von Baeyer’s knowledge would also most likely point to the fact that since he knew the circumstances under which the laws of thermodynamics were thought of, he is able to fully understand the ideas that were proposed. In looking at Carnot’s engine, knowing that Carnot looked at abstract science to see the true capacity of a machine allows von Baeyer to see that the fault of inefficiency lies not in engineers but in the laws of the universe.

If I were a member of the committee not initially swayed by von Baeyer’s argument for credit I don’t believe that I would change my mind after reading his manuscript. Just because I am able to chronicle the progression of ideas regarding a subject does not mean that I fully understand all of the nuances that idea entails. I personally know that the concept of the structure evolved from J.J. Thomson’s “plum pudding model” to the now universally accepted Bohr model of the atom. However, that knowledge does not give me insight into the way that atoms behave. It does not allow me to predict how atoms will arrange themselves in a chemical reaction nor tell me the intricacies of the effects of energy shells or electron orbitals.  A history is simply not detailed enough to be able to apply the information an idea presents. After all, the AP physics exam tests conceptual knowledge and ability of application. Only knowing what the formula is and not how to use it never gets you far on standardized science exams.

Additionally, I would not grant von Baeyer physics credit because modern physics classes entail much more than just thermodynamics. With his manuscript von Baeyer is not able to show vast knowledge about electromagnetism, projectile motion, or the effects of an incline plane on Newton’s laws of motion. Although he might have a deep knowledge about the conceptual basis for the laws of thermodynamics, it is just not enough to grant full physics credit.