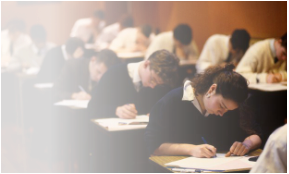 Now there’s a question every college student wishes they could hear the answer, “yes” to prior to an exam. Wouldn’t it be nice to avoid the anxiety and nervousness of an AP Physics exam? However, this would be a rare event that would often be refused by a scoring committee. But in a hypothetical case of Christian von Baeyer submitting a manuscript of “Warmth Disperses and Time Passes” in lieu of taking his high school AP Physics exam, he could possibly hear some good news! But not so fast…

It really comes down to this. In von Baeyer’s extensive history of thermodynamics and all of the scientists behind it’s mysteries, he ushers the many concepts of physics to you in a delightful manner. While von Baeyer deserves credit from the scoring committee members for his vast knowledge and understanding of physics, one cannot help but question his ability to cumulatively solve practical physics problems!​ On an AP Physics exam, you’re not going to be asked too many conceptual and historical questions of heat and thermodynamics in general; you’re going to receive almost 100% mathematical physics problems. This is probably why the majority of the committee argued against his attempt and turned downed von Baeyer’s bid at skipping out on his exam. Nonetheless, if one of my colleagues told me that his manuscript was worth the read, I would certainly mull over it before deciding that von Baeyer must take the exam; at least read the damn thing!

Yet I must tell you, as a scoring committee member I would be so impressed with the young von Baeyer’s manuscript, I’d most likely approve his exemption for the test. Think about it – if this teenager was this gifted and knowledgeable about thermodynamics and it’s beauty, I’d certainly be more interested in helping him publish his work than to focus on a measly AP Physics exam.