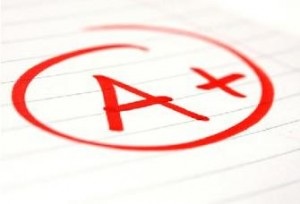 Imagine Hans Christian von Baeyer as a high school student and presents his work, Warmth Disperses and Time Passes, in lieu of his AP physics exam.
Would you give him credit?
Would you fight for him?
His  book provides historical overview of  in the discoveries of thermodynamics and puts this difficult material in terms any individual with a basic background can understand. If a grader for the AP exam ever decided to read the novel, he would surely make a compelling case to accept Maxwell’s Demon as sufficient credit for the AP Physics exam.  Von Bayer is able to put the difficult laws of thermodynamics in laymen terms because he has such a strong understanding of thermodynamics. Von Bayer shows the reader the various scientists that made the general understanding of the first and second laws of thermodynamics come into fruition, without the ground work they laid we would never know the things we know today. One such scientist was James Clerk Maxwell and his great work was the Demon, an experiment in which he suggested how the second law of thermodynamics could be hypothetically violated. Throughout history scientists have disputed claims about this particular thought experiment. Von Bayer explains in detail this thought experiment and its historical place in history. He continues to explain a seemingly unknown link between studying heat and the linearity of time. Von Bayer has justly proven that he is more than competent in the realm of physics and justly deserves to be given credit for this submission to the AP Physics exam board.

​If I was a grader and read this masterpiece I would strongly recommend it as credit. It shows understanding, background knowledge, and critical thinking. All of these attributes were nicely joined by von Bayer in Warmth Disperses and Time passes. His level of understanding of the laws of thermodynamics would be incomparable to that of the average high school student. Few students even know of Maxwell’s Demon let alone understand it enough to give a book report about it. Von Bayer has shown that he has done his research, he has put his time in, more time than most students in fact, and would deserve his credit. I only reiterate this so often so that I can enforce my belief that if Hans Christian von Baeyer was indeed a student, he would be among the best and brightest.