Growing up in a household surrounded by physics and the HUNDREDS of different ideas and sections to physics that I have learned (but somehow not retained) there are, I could see a few reasons as to why Von Baeyer’s book wouldn’t quite cut it for the people who would be grading the AP physics exam, but I could also understand the arguments against it as well.
I believe thermodynamics, though important, is only one part of exactly what physics is. It explains the laws of conservation of energy as well as Von Baeyer puts it, but time moving in only one direction and the explanation for it he gives makes the utmost sense. When I think about this, I realize that the ideas and laws of thermodynamics, especially the first law focusing on how energy can neither be created nor destroyed, is SO important in physics. Any system that is in physics has to do with some kind of energy and some kind of conservation of this energy and the understanding of this helps to explain why systems work the way they do. The thermodynamics laws link into many other aspects of physics, just as Von Baeyer puts it, “Newton’s and Einstein’s laws of mechanics, Maxwell’s equations of electromagnetism, the quantum theory of atoms, and even, … the modern descriptions of elementary particles in terms of quarks are time-symmetric.” Providing this statement to me shows that he has a pretty significant understanding of how physics works and how all the systems and theories play in together. He shows how all of these different theorists really relate together and how their ideas and theories play back into the laws of thermodynamics. I think that this is important to understand and had the other scorers read his work, they may have changed their minds as well to implement the same thought processes myself and the other scorer, who did in fact read Von Baeyer’s work, had to award him AP credit.
Nonetheless, a 17 old student writing their own book, not to mention a book over physics, is pretty impressive so he deserves some credit! 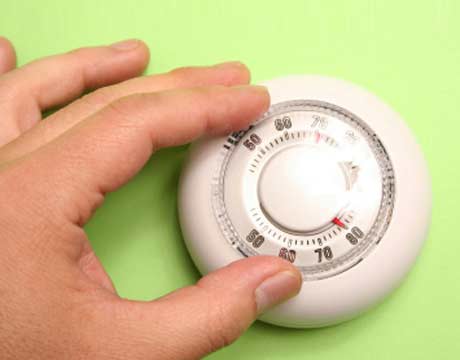 A photo from https://www.nachi.org/ explaining what thermostats do. I figured this would be a comical addition to my blog.