​Physics. What does that word even mean? Many would just define physics as the study of matter and how it relates to time and space; however, as with everything, it is much more complicated than that. We can look to a professor of physics, Hans Christian von Baeyer for some answers regarding physics and what complexity it all entails. In his book “Warmth Disperses and Time Passes: The History of Heat” von Baeyer highlights some of the most important topics surrounding the field of thermodynamics including but not limited to how heat is even transferred. He delves into the confines of history to provide us with a sense of how complex the study of heat is within the field of thermodynamics. More importantly, he also discusses other aspects of the physics-oriented world such as the atomic quantum theory, gravity and forces on general. Von Baeyer integrates a multitude of topics into his book; however, even with his discussion of certain subject matter, his neglect of explaining the specifics regarding any of these other physics-related topics hinders his ability to fully convey to the audience his overall knowledge of physics. That is to say, that he never delves into how equations are manipulated or even the precise methodologies as to how other physicists of the past went about discovering the topics. Don’t get me wrong here, I think it is important that von Baeyer chose to discuss the historical discoveries of heat, forces, energy, and much more instituted by scientists such a James Maxwell and William Thomson. I just think that his book tended to have the tone of a rant about these scientists rather than specific details of the physics itself. It is no question here, that a 17 year old Hans Christian von Baeyer would have trouble getting his manuscript of his book credited for an AP Physics credit. Anyone on the committee considering him for his book in place of AP physics credit would have to look at his extensive knowledge of physics as a whole since physics is a vast realm of subject matter. If at least one committee member was an expert on thermodynamics and therefore also had a bias for its subject, then he would absolutely be in favor of von Baeyer’s thermodynamical ideas present in the book. However, physics does not solely deal with topics pertaining to thermodynamics. It is understood that the other committee members would find that he lacks formidable explanations of certain phenomena, and even neglects to discuss some topics such as magnetism, pulleys, and fluidity altogether. I do not think that these members would change their mind in considering his demand for AP physics credit. Rather, they will give him credit for a thermodynamics course instead since he clearly exemplifies a historical, mathematical, and definitional understanding of it. 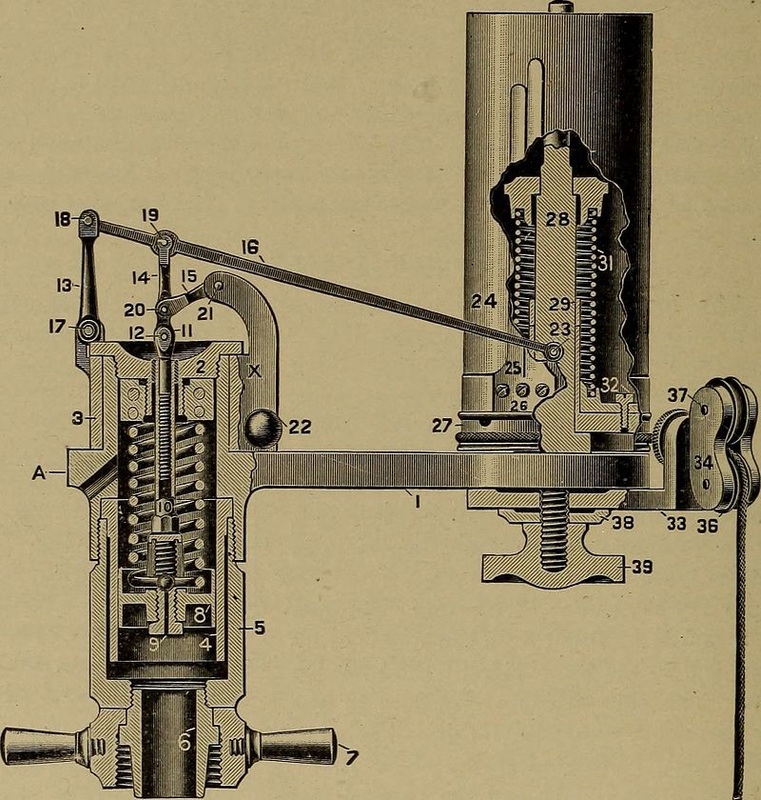 To give you an idea of a design-oriented approach for how physics is and has been studied. It’s a shame von Baeyer neglected to add diagrams of this sort to his book to provide the readers with a visual representation. Publishing granted by Van Nostrand Contributing Library.