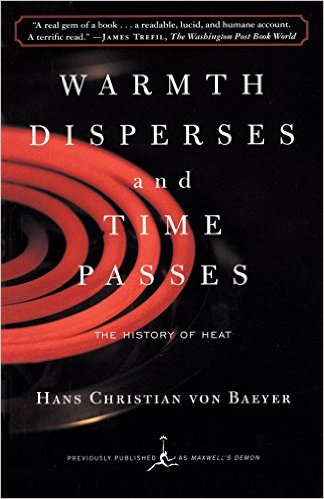 H.C. Von Baeyer a high school senior that is taking AP physics, is trying to receive credit for the class by turning in an unpublished manuscript (Warmth Disperses and Time Passes). However 4 board committee members completely reject the motion, however one committee argues that he should receive credit..

What do you think those arguments would be? If you were one of the other four members would you change your mind?

Among the 4 board committee members, their arguments probably consisted of the requirements for the AP physics exam, that the student has exemplified complete understanding of the required points, and lastly (if the board members gone to the extent of reading the manuscript), if he is even the author of the manuscript.

If I were one of the four members, I would ask H.C. Von Baeyer to take the test anyways because the AP exam is a legitimate accredited scoring for Physics into college credit for all Universities. It is the ONLY system to receive college credit for physics. Judging that H.C Von Baeyer is even in the course, I believe his intention of taking AP physics is to receive college credit. Obviously H.C. Von Baeyer can pass that AP Physics Exam easily, so he should just take the exam and go to a publication company and get his manuscript published.

Obviously this is a hypothetical situation and is in comparison to real event when H.C. Von Baeyer published his manuscript in 1989 and should have received notice from his publication. However in this scenario, AP physics is still a standardized exam for the course credit. His publication exemplified deep knowledge of electromagnetic fields and other physic fields. However, he probably would have done well on the AP Physics exam anyways if he had just taken it. And he probably would have made a much larger impact in the science community had he just published it on his own and not hand it into AP Physics committee board members. So in this scenario, it would not have been optimal that Von Baeyer walked away from his AP Physics exam and turned in his manuscript to the AP Physics exam administrators.