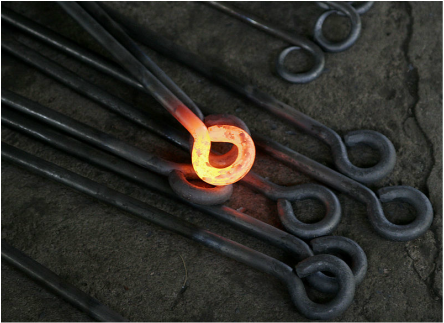 ​“The laws of thermodynamics smell of their human origin.” Throughout most of human history, the concept of heat and its nature remained a mystery. In his book, von Baeyer mentions that “the prevailing theory of heat at the time was that it was an invisible liquid named caloric.” This is much different than the definition of heat we know of today. And it wasn’t until later that Count Rumford proposed the new theory that heat was in fact a kind of motion. The author, von Baeyer mentions that Rumford first became fascinated by heat through curiosity and necessity. He was fascinated by heat related items such as cannon, guns, fireplaces, or even stoves. It also became a necessity to be able to produce heat without the use of an actual fire. This was how Rumford first came up with uses of frictional heat. For the reason of necessity, I think that is why it became more important to study the true nature of heat. Now, going back to thermodynamics, thermo comes from the Greek word for heat and dynamics means motion. This means that for thermodynamics to be a reality, both heat and motion had to be synonymous. This was problematic at the time because while chemists and physicists agreed on some things, they didn’t quite agree on the nature of heat. Von Baeyer says that “the atoms of the chemists and those of the physicists were distinct, independent conceptions.” So there was some disconnect between them. Then, the discovery that energy is conserved by Isaac Newton is what finally cemented that fact that heat is motion. This would become the first law of thermodynamics. And von Baeyer states that “fundamental to the thermodynamic laws is the stubborn fact that perpetual motion is impossible.” With this saying, I think that the failure of humans to create perpetual motion is what further cements the laws of thermodynamics. So going back to the statement that the laws of thermodynamics smell of their human origins, I believe that true understanding of the thermodynamic laws comes from the fact that human beings were able to bring together two existing thoughts (heat and motion). Human beings didn’t create the laws themselves, but rather it was made apparent by humans.