With it currently being the 21st century, we may not often think about how physics came about or why it even matters today. A lot of us hold onto the idea that Isaac Newton dropped an apple and it fell resulting in this idea of the force of gravity.  Or we think of Newton’s cradle of balls that move to hit one another without constant stimulation other than the frictional air force. However, physics is much more complex than that and has served as a topic that has been widely studied for centuries. One of the concepts looked at in great detail today is Thermodynamics. In short, this field concerns any properties relating to heat whether they are the production of heat or conservation of it. If we think of heat as a form of energy. The First Law of Thermodynamics comes into play here. The law simply states that energy cannot be created nor destroyed. One may ask, what does this really mean philosophically? Well, for starters, take into consideration the following quote stated by P.W. Bridgman: “The laws of thermodynamics smell of their human origin.” If we relate this to the first law of thermodynamics, we can think of thermodynamics as a collection of ideas that are neither created nor destroyed. This means that thermodynamics as a whole serves as an energy between other topics of physics and most importantly physicists. Physicists can refer to previous experiments to conduct their studies. They also can alter previous studies to advance the respective area of research or even to study other elements. In simpler terms, like energy, the concepts of thermodynamics are transferred from generation to generation, but can also be transferred among scientists currently studying within the realm of physics. You may be thinking, well who cares, because you may think thermodynamics has no relevance to your daily life. Next time when you take a bath, think of how the water might be initially hot and then cools so you do not take a miserably hot bath. 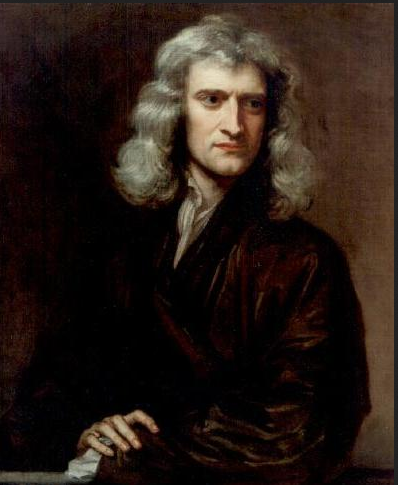 Wikimedia. Sir Godfrey Kneller grants permission for this photo. This photo taken circa 1688 depicts Isaac Newton who is probably one of the most renowned physicists. Even after all this time, the idea of his existing has not be destroyed. Therefore, the First Law of Thermodynamics can be applied to him too… well in a very loose way.