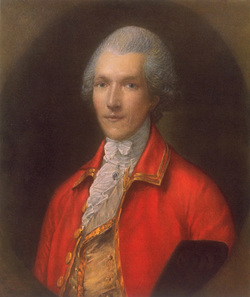 “The laws of thermodynamics smell of their human origin.”
-P.W. Bridgman
Benjamin Thompson, Count Rumford, toiled endlessly in his lifetime to make a name for himself in the world of physics. Even as a thirteen-year-old boy Thompson was infatuated with thermodynamics. He “accidentally set off an explosion and got severely burned” when he was experimenting with fireworks. It would appear that “heat was his passion.” Regardless of whether or not Rumford’s immense contributions to the study and development of thermodynamics were for personal gain, they have worked to expand man’s knowledge of heat for the benefit of mankind. Rumford’s physical injuries and ambition in regards to the theories of thermodynamics reflect the sacrifice and passion involved in thermodynamics and the progress of the theories of thermodynamics as the science grew in the 18th and 19th centuries. 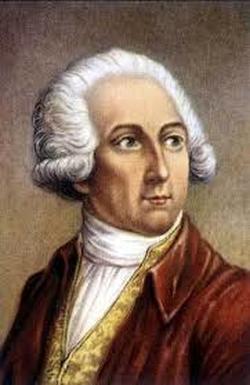 Antoine Lavoisier was “falsely accused of corruption by the zealots of the Age of Terror and guillotined”. This is a seemingly unjust state enforced crime against a man who, like Rumford, had a passion for thermodynamics, but instead of applying it to physics, Lavoisier embarked in the study of chemistry. Each field of science, both physics and chemistry, was vying for control of thermodynamics. While physics is concerned with motion and we understand that “heat is motion”, chemistry was concerned with quantifying heat as a measurable and material substance, which accounts for how atoms are involved in heat. Rumford stated that he would bind the “Elements in chains” and deliver them “over the willing slaves of Man!”. The competitive nature of Rumford signifies the nature of science during the birth of thermodynamic theory. The effort and will of man is what pushed thermodynamics forward and resulted in its development. The competition of chemistry pushed Rumford’s theories back for quite some time, but as thermodynamics developed in the 19th century, the notion that both physics and chemistry could be included in the development of the theory is what really pushed thermodynamics forward. 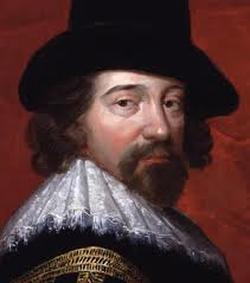 Francis Bacon, the “evangelist of the scientific method, surmised that ‘heat itself, its essence and quiddity is Motion and nothing else” and more specifically, “Heat is a motion of expansion, not uniformly of the whole body together, but in smaller parts of it”. The smaller parts may be referred to as the atoms within the organism, or matter begin influenced by heat in general. Bacon welcomed the material world of atomic particles into the realm of physics, which correctly applied both realms of science into expelling the laws of thermodynamics. Bacon, correctly included multiple fields of thought to explain thermodynamics, unlike Rumford and Lavosier whom led exclusive fields of study. Rumford, who failed to make the “connection between motion and atoms”, caused thermodynamics to be ignored for another half century.
In saying that the laws of thermodynamics smell of human origin, P.W. Bridgman is stating that the efforts and competition of man shaped the history of how thermodynamics originated and took hold of scientific theory in the 18th and 19th centuries. Thermodynamics is a product of human competition and the study and application of experiments into the science of heat itself. We owe the laws of thermodynamics to the men who fought for control of the science itself.