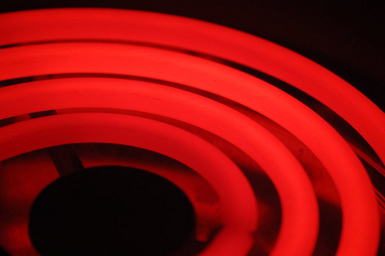 ​These laws appear to be derived from human observation. Therefore, it can be said that the laws of thermodynamics smell of their human origins. But what, exactly, does this mean? In the book, Warmth Disperses and Time Passes: The History of Heat by Hans Christian von Baeyer, the author discusses the story of heat through the perspective of many different scientists. Von Baeyer writes that before heat was recognized as a form of motion and energy, inventors wanted to create an engine that would run without the need of an external energy source; however, since they failed to attain the impossible concept, it led to the discovery of the first law of thermodynamics (pg. 13). The inventors sought after what they thought would be a revolutionary invention, but through their failure, they found out that energy, in any closed system, cannot be created from nothing. It was through their own observations that they discovered the concept that energy is persistent and enduring in a system. The energy can be transformed from what kind to another; however, there is no way for energy to form out of thin air.  This supports the idea that the laws of thermodynamics stem from direct human observations.
Later in the book, von Baeyer discusses about the German physician Robert Julius Mayer and his experience with the first law of thermodynamics. Von Baeyer writes that Mayer realized that the body’s biochemical processes were capable of producing motion, work, and heat (pg. 22). Taking what work he performed in his childhood, Mayer made the realization that the human body was capable exerting its own energy onto another object in order to produce motion. Through this experience, he saw the transformation of biochemical energy into the energy of motion. This is another example that energy of motion in this given system did not originate from nothing, but rather, it was transformed from one energy form to another. Mayer’s observation of his past marks a clear instance of the human origins of the laws of thermodynamics at work. This also further supports the development of the first law of thermodynamics.
​Von Baeyer’s book presents many different perspectives of the history of heat through the observation of multiple scientists. Each of the scientists had an encounter with heat that all contributed to the formation of the laws. The first two examples presented in this blog display the human origins of the first law of thermodynamics; however, the book demonstrates multiple accounts of the human origins of all the laws of thermodynamics.