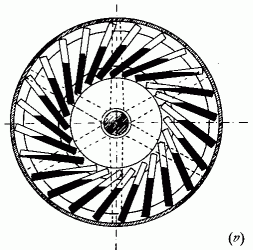 
I think this quote mostly means that what we do know about thermodynamics has been discovered by humans. The laws we have, the rules we know, have all been established by different scientists.


Benjamin Thompson “stumbled upon” his theory of heat while working with and manufacturing cannons in Munich.


Robert Julius Mayer made a perpetual motion machine in his childhood and later in life discovered that the body’s process of combustion was what produced heat and that the amount of work is proportional to the amount of heat.


So, the laws of thermodynamics smell of their human origin.


It seems very obvious that we, as humans, will have a certain influence on any discoveries we make. Especially if these discoveries come in the form of theories, laws, and other intangible things. What we do know has been debated over, tested, and approved by many well-educated and capable scientists and phisicists. Of course, these laws make sense to us but maybe that’s not how they are truly observed in nature.


Maybe we overcomplicate things. Maybe we have not yet even begun to grasp these laws and the information we have now is very primal in the large scheme of things.


We don’t have any way of knowing this because we are just humans. We are capable of incredible things, but again are only capable of so much.