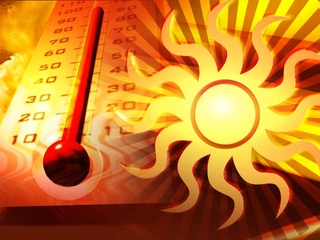 Indeed, such describes the nature of these scientific laws. Although they govern the realm of heat and temperature with firm absoluteness, their articulation into words is the product of human contemplation. A part of being human is having limitations and falling short of perfection, and these laws serve as a testament to the fallibility of mankind. They relentlessly impose their will, never to be conquered or surpassed.

For centuries, heat has fascinated the human race. The discovery of fire was instrumental in the development of more sophisticated ways of living. Feelings of warmth offer us a sense of security and comfort. Heat is used to drive our machines and apparatuses, allowing them to function. Nevertheless, to this day, we have not been able to subjugate heat in all its entirety. The rules now known as the First and Second Laws of Thermodynamics were discovered unintentionally and out of necessity— a stark realization that there are some things that can never be completely grasped.

Over the years, many inventors have sought to construct a perpetual motion machine, “an engine that would run on its own without need of an external source of fuel, heat, or power” (Von Baeyer, 1998, p. 13). Despite failed attempts, more failed attempts, and even more failed attempts, countless people nonetheless embarked on this endeavor, trying their hand at accomplishing this dream. Imagine all the problems that could be solved and all the limitless power that would be available at one’s disposal. It is therefore no surprise that people were not deterred from this quest. However, at some point, it becomes clear that reality must set in. As von Baeyer (1998) writes, “the law of conservation of energy,” or the First Law of Thermodynamics, is not a mathematical truth” but rather “the summary of an immeasurable wealth of experience spanning the history of civilization” (p. 17). Unlike many other scientific laws, this declaration did not arise because it was the phenomenon under study. Instead, it was discovered because it was an insurmountable obstacle in the attempts to achieve the goal of limitless and spontaneous energy.

​The laws of thermodynamics remind us of our idealism, the endless possibilities available to us should we overcome them, but nature firmly reminds us that such is not the case. We are bound by its rules, and we must live by them. All we can do is dream.