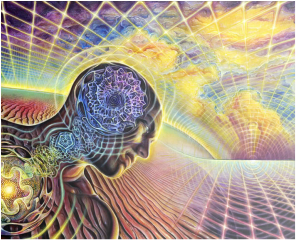 The sentence following next is not that of my own, but for all intensive purposes it will be treated that way for the simplicity of this discussion. It was actually said by the far-smarter-than-me, Nobel-prize-recipient, genius physicist Percy W. Bridgman.

The laws of thermodynamics smell of their human origins. This can be a difficult concept to grasp because nearly everything brought to thought today has been or can be anthropomorphized. Furthermore, the idea, concept, or just plain actions of the laws of thermodynamics have occurred and will continue to occur as they are for unfathomable amounts of time. Nonetheless, as human development has occurred, so has human understanding of the ways of the natural world; also existing in these developments within humans is their hunger, or near actual need, to understand. As the species has evolved physically and mentally and began to utilize more and more things to create more and more other things, the questions of “why” and “how” have weighed heavily on many minds.

Now, why then do the laws of thermodynamics hold close kinship to humans? In just that; that humans gave metaphorical birth to the laws. Nature doesn’t care why the unimaginable concept of energy is or what it does, it doesn’t pay attention to ensure energy is being conserved and not created nor destroyed, and furthermore it doesn’t care why energy flows in a particular direction. It just does. Now when humans encountered all of these circumstances, the unique need to know why arises. Why does ice cream have to coexist with the warmer molecules of the air? Why can’t it simply remain segregated and leave that energy in the air? Conversely, why can’t the fresh-out-of-the-oven pizza remain hot and instead not lose its warmth by contributing to the rapidness of the motion of molecules in the air?

Nature did not, does not, and will not care about these questions. It will act by the laws of thermodynamics because that is the way it is. Humans, however, care very much about these questions because they need to. In the novel, Warmth Disperses and Time Passes, author Hans Christian von Baeyer provides a perspicacious point that attempting a discussion on, “energy conservation without knowledge of [a measurable unit, the Joule] is a metaphysical exercise akin to a treatise on the economics of brewing without reference to the actual price of a pint of beer” (30). Put bluntly, such a treatise on brewing would make little sense, be difficult to grasp, and have minor, if any, actual scientific implications and worthiness. One would not be able to contemplate the cost versus reward aspect of their possible investment without knowing the value of the units they are producing. Simply put, it would be completely ignorant and senseless to make such an investment. Then the argument can be made with a certain degree of validity that it is now easy to see this inherent relationship between humans and the laws of thermodynamics. Furthermore, and completely non-coincidentally, these laws have enabled the processes of many brewing or cooking based concepts to be perfected. As humans, with the desire to perform and produce luxurious commodities such as beer, caramel to dip apples in, or the baking of an immaculate pizza, such laws, concepts, ideas, and values are found to be necessities.