“The laws of thermodynamics smell of their human origin” – P.W. Bridgman

Thermodynamics has its roots deep in human curiosity. How can one describe it exactly? People throughout the years have debated and picked at the concept, trying to better it, recant parts, and attempt to better explain the laws of thermodynamics that’s relevant to every organism, big and small, at the level of atoms. It isn’t known when someone first described “heat”. However, the development of what it is and how it functions have been studied and pondered by humans as they attempt to interpret exactly how heat and the law of thermodynamics are applicable to the world.
What is heat? When we think of heat, we associate it with warmth or fire. But those words don’t exactly explain what heat is exactly. Back then many thought of it as a mysterious phenomenon, something that exists yet they couldn’t quite grab a hold of it. The first breakthrough to solving the mystery came from Benjamin Thompson, Count Rumford, who worked for the Bavarians. He concluded that heat itself was motion. Movement. It wasn’t a substance as many chemists tried to prove. However, the next question is then posed. What is moving exactly to create heat? His failure to figure out it was the motion of the atoms that cause heat caused his theory to be forgotten during the time.
Back then, people dreamed of machines that used an engine that didn’t need any power source. Villard de Honnecourt, a master mason, dreamed of this perpetual motion machine and sketched it out. It was all in vain for energy can neither be created nor destroyed. This statement is now known as the first law of thermodynamics. Besides, Villard was more of a dreamer. He was more interested in the idea of limitless energy than the mechanics of how to achieve this goal. However, Villard’s sketches of the perpetual motion machine show how the people in the 13th century dreamed of something spectacular as limitless energy yet so unattainable. The first law of thermodynamics keeps the world in balance. Energy may be transformed to different forms, but it can never be created or destroyed.
Thermodynamics is the study of energy and its connection to its environment and factors. Despite people’s wishes that they could alter these rules, they are as they stand. As people slowly understand the nature of heat and both its benefits and limitations, the field of thermodynamics can be utilized for effectively within its bounds. We can all feel energy being released as heat as we rub our hands together and through short observations like that, the field can grow through human curiosity. 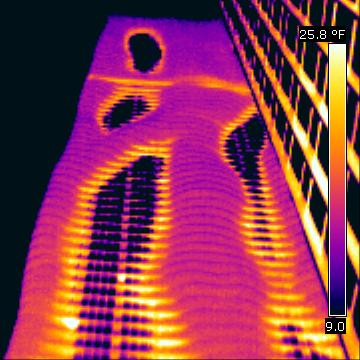