Darwinism was something seen as a devilish concept. Darwin’s theory of evolution was something that scared many people during his time, and even now, because people argue it threatens and challenges the Church and God himself. Although this theory of evolution sometimes counteracted people’s beliefs and sparked the idea and new-found area of atheism during the time, Darwin himself wasn’t much of an advocate against religion.
Some people even believed the two could coexist and that Darwin had done a service to the world by helping to explain the things people couldn’t and relating it to God. In fact, in a letter to Darwin from F.E. Abbot, where Abbot states, “I feel you have done a vast service to true religion by your labors…. science must shape the ideas of God.” Abbot expresses that regardless of the belief of science and religion conflicting, there is no wrong with it. People need to see that the two may coexist, because that is simply how God would want it. He explains that God would not have gifted the brilliant minds to men if it was going to contradict him so.
Another perspective that I found in the letters came from F.A. Von Hartsen, who claimed, “Darwinism, even if worked out fully, would not conflict with religion, and conversely to condemn Darwinism would not benefit religion.” This is an interesting perspective, because it went to show that Darwin had no intentions or real effect on religion during this time, because it wasn’t meant to do so, it was simply a theory that he had to help and improve the world’s understanding of how things worked and he had high hopes that these things he had learned would do just that. 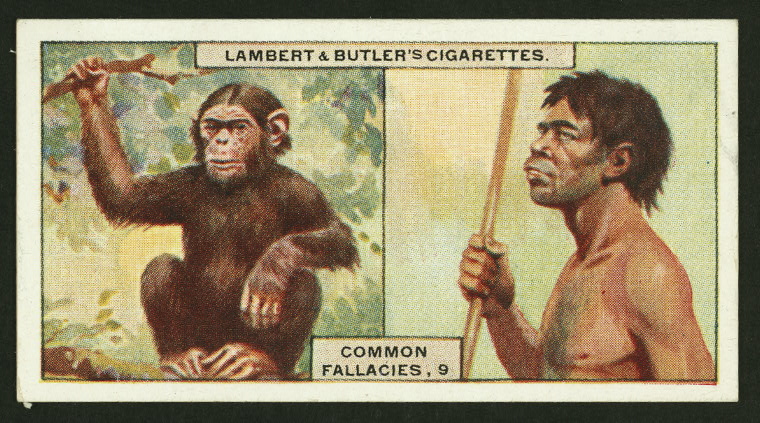 From the New York Public Libraries Digital Collections. Used by Lambert & Butler’s tobacco company to compare Darwin’s theory as a lie to the “lie” around tobacco causing deaths.