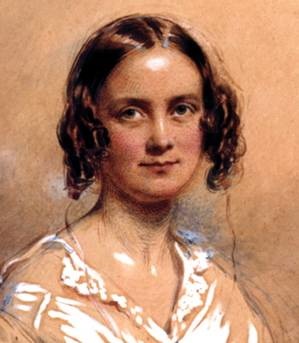 To be honest, before reading some of the letters available online via the Darwin Correspondence Project, I had little previous knowledge about Charles Darwin’s spouse, Emma. (While this is mostly the result of me being uninformed, part of this may be due to the fact that history has tended to place more emphasis on men. Furthermore, Europe in the 19th century was generally a patriarchal society, so the contributions of women didn’t receive as much attention. That is perhaps a topic for another time, but I figured it worth briefly mentioning here.) Knowing the trajectory of Darwin’s religious beliefs and his eventual turn toward agnosticism, I was surprised to find out that Emma was a very religious woman. I was therefore interested to see whether the letters would shed some light on how her beliefs affected her relationship with Darwin and also whether her convictions changed as a result of her husband’s work.

Even before their marriage, Emma had serious concerns about their differing opinions on religion, “the most important subject,” and these differences were rather significant. She writes: “My reason tells me that honest & conscientious doubts cannot be a sin, but I feel it would be a painful void between us.” From this, it appears that Darwin had already begun experiencing doubts about God years before his publication of The Origin of Species, and Emma felt that this could put a serious strain on their relationship. Given the hesitance that Emma seems to have, it surprises me that she even chose to go through with the marriage at all. In fact, reading further, as she asks Darwin to do her a favor and then goes on to proclaim her love for John 13, I couldn’t help but instinctively think: “Danger! This can’t be good.” (Several similar situations, involving people I know, come to mind, where one person in the relationship, usually the female, pushes the other to engage more with religion. This usually causes problems.)

Yet, the two end up marrying each other. Perhaps much of this can be due to their openness with one another. “It is perhaps foolish of me to say this much but my own dear Charley we now do belong to each other & I cannot help being open with you,” Emma exclaims. She even asks for Darwin’s opinion on John 13 after he has read it. Ultimately, their feelings for each other seemed to surpass any irreconcilable differences in beliefs. At the very least they were willing to have honest discussions, and perhaps, in some way, this drew them closer, despite their disagreements. In a later letter, Emma tells Darwin that she hopes that they can “sympathize a good deal in [their] feelings on the subject.” Both held firmly to their beliefs, and this was something that each could respect about the other.

Emma never lost her faith during her marriage and was never swayed by Darwin’s doubts and scientific findings. While she continued to believe that her husband’s pursuit of the truth was not sinful, she maintained that, although science could explain things in the natural world, it was insufficient for explaining “revelation” or the supernatural, mentioning prayer as an example. She constantly encouraged Darwin to “direct [his admirable qualities and feelings] upwards.” Although the couple’s marriage worked out wonderfully, thriving on mutual love and honesty, such cases are generally rare. Even Emma was not immune to the stress caused by contrasting beliefs, and it is interesting to consider how things might have been different.