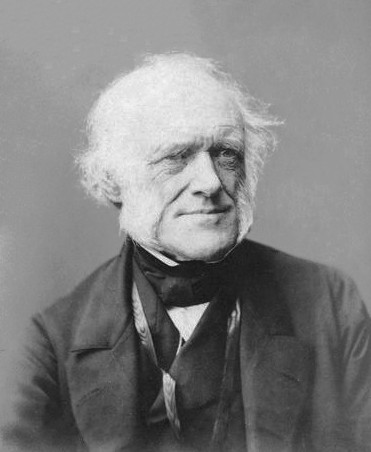 ﻿​From the beginning, I was quite surprised that a site such as the Darwin Correspondence Project existed. My initial impressions of this site is that it is essentially a compilation of Charles Darwin’s life. Most of the letters he had written are on the site, covering many topics. One of terms or phrases I searched for was organic life, and this phrase generated 51 letters to and from Darwin.
One particular letter I found interesting was one written by Darwin addressed to Charles Lyell on May 18, 1860. In this letter, Darwin discussed the hybrid fertility in rabbits and hares, and in pheasants and fowls to see whether they could be the first cross of species. Also what I found interesting was what Darwin said towards the end of the letter. Darwin mentions to Lyell that there people out there, perhaps other naturalists or geologists, who are attacking his book and his ideas. But Darwin doesn’t seem to get angry. Darwin even says the “effect on me of these multiplied attacks is simply to show me that the subject is worth fighting for.” I found this interesting because it shows us more of the character of Darwin and how he personally felt.
Another letter of interest I found was one written by Darwin also addressed to Lyell in October 25, 1859. In this Letter, Darwin discusses the doctrine of Pyotr Simon Pallas, which states that dogs, when long domesticated, lost their tendency to sterility when crossed with another domesticated dog species. Darwin doesn’t quite agree with the doctrine, as he calls it very hypothetical and vague. What stood out to me in this letter was how Darwin responded to another person’s ideas. He doesn’t outright attack the other person, but rather he is very polite. And overall, this is what I see in Darwin from these letters. Darwin seemed intrigued and excited when talking about another person’s ideas even if he didn’t agree with it. He didn’t act in the way of his attackers, and I think that’s one thing that sets him apart from the rest.