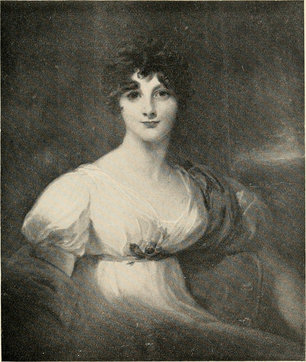 After reading Emma Darwin’s biography about her stance on religion, it’s interesting to note that she continued to stay with Darwin despite his lack of faith. In fact, it almost seems as if she didn’t care much about whether or not he believed in God and was more anxious about how he would be perceived by her family and peers. She wasn’t very into his research, as she was more into politics, but she helped him numerous times to translate material for him. She stated that while he could be right about the fact that God didn’t create everything on the planet, she said he couldn’t know for sure because it’s not necessarily provable. She basically said don’t let science try to prove something that cannot be proved in the same way that other things can. She also recognizes that his doubt in religion probably stems from his brother.

This does make me wonder if it is possible to be both a scientist and a theist. I personally think that there is nothing wrong with believing in a God or God’s and that, unless you let it cloud your judgement, it’s perfectly fine to be religious and also study science. I mean, for some people religion helps them get through their daily life struggles and I think that it’s difficult to try to live life whilst realizing that after you die there is nothing waiting for you. There are plenty of scientists who are religious and attend church regularly and yet it does not stop them from practicing what they love. Now, there are certain people out there that truly believe that what is written in the bible is to be taken literally, such as that the Earth was created in 6 days 6000 years ago, or something. It’s believing nonsense like this that would make a person incapable of practicing science because they couldn’t be looked at as someone that is very intelligent. Also any person that doesn’t believe in evolution probably shouldn’t be considered a scientist either, even if they’re good at what they do. It kind of discredits their work, in a way.

But again, being religious doesn’t mean you take the bible or any other religious works literally, it just means you’re a spiritual person who just happens to believe in a higher power. I personally don’t think there’s anything wrong with that at all. We shouldn’t discredit someone just because they happen to be a Christian or a Catholic or whatever.