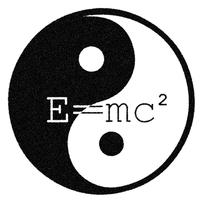 When Darwin revealed his theory of evolution, many people saw it as revolutionary and insightful, while others thought of it as preposterous and unfounded. Some even saw it as an attack on religion as a whole. But was Darwin’s theory really irreconcilable with religion? For example, Scottish geologist Andrew Crombie Ramsay wrote to Darwin in 1860 explaining some of his trepidations with Darwin’s theory and how it conflicted with his faith. Specifically, he did not like the idea of evolution being the result of a series of small changes over time, as if God were having to slowly experiment and figure out his own creation. However, is it not possible that God himself designed such a slow system in this way such as the other laws of the universe like gravity, or that what may seem like small changes to us are in fact one rapid and predetermined plan by God, and natural selection is the mechanism through which God exerts his will?

However, there were some who didn’t see an issue between religion and evolution. In fact, many people of science and religion both wrote to Darwin to try and reconcile his theory of evolution with Christianity. For example, one F.A von Hartsen wrote to Darwin in 1868 about how Darwinism fits in with religion, and later writing his own work in Dutch about Darwin and religion. On the other side, W.R. Browne wrote to Darwin in 1880, forwarding an invitation from the Archbishop of Canterbury for Darwin to attend a conference to attempt to make religion and science more compatible. Ideas and compromises were proposed from both sides, but what did Darwin have to say about his theory of evolution and how it fit into religion?

While Darwin’s ideas were very controversial, he himself wrote little on religion, sticking mainly to the field of science, as not to offend his family members or others. Darwin declined attending the conference, writing “ in my opinion, a man who wishes to form a judgment of this subject, much weigh the evidence for himself; & he ought not to be influenced by being told that a considerable number of scientific men can reconcile the results of science with revealed or natural religion, whilst others cannot do so”. I believe that Darwin made the right choice not writing his own theories about how evolution could or could not work with Christianity, and instead left it up to the readers to decide how to evolution fits in or against their religion. It brought up not only how evolution and Christianity could get along, but how science and religion could not always be conflicting ideologies. I believe that there is definitely room in both science and religion for them to coexist and not always be at conflict.